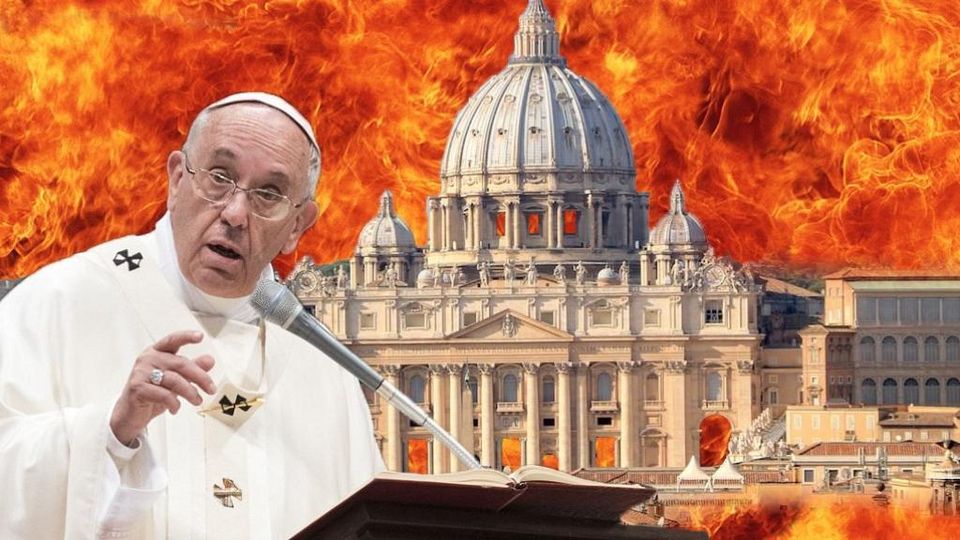 Pope Francis continues to promote the infamous Great Reset expressed by key globalist and founder of the World Economic Forum, Klaus Schwab, whose proposed anti-Christian agenda seems to please the Jesuit Pope, who has recently addressed the World Bank and International Monetary Fund at their spring meeting, calling for “global governance” in light of COVID-19, strongly advocating for universal vaccines and bemoaning the “ecological debt” which is owed to “nature itself.” For the Jesuits,  the Green New Deal embodies Catholic principles, and the Pope expressed this in a message when he mentions the “withdrawal of fossil-fuel subsidies,” and a new financial system based on “investments” which advance “equality and sustainability,” and the building of a “green urban infrastructure.”

In May last year, the American Jesuit Review dedicated a whole article to The Green New Deal, championed by first-term U.S. Representative Alexandria Ocasio-Cortez .The Pope’s  letter is the latest in a series of recent acts in which Francis has aligned himself with global corporations committed to Communism and anti-Catholic and anti-Christian agendas. The letter was delivered via Peter Cardinal Turkson, Prefect of the Holy See’s Dicastery for Promoting Integral Human Development, to the spring 2021 meeting between the World Bank and the International Monetary Fund (IMF), which is currently being held online from April 5 – 11.

Dated April 4, the letter mentioned God only once, in the final line.  There was no mention in the letter of Christ, the Catholic Church, or the Catholic teaching on the common good. Instead, Francis made a clear reference to the “common good,” several times in his letter, which he linked intimately to finance and a form of the secular fraternity of the kind described in Fratelli Tutti the Quasi-Masonic encyclical that he enthusiastically cited, that was branded by Archbishop Viganò as “blasphemous.”

How the Specter of Communism Is Ruling Our World – Part 2