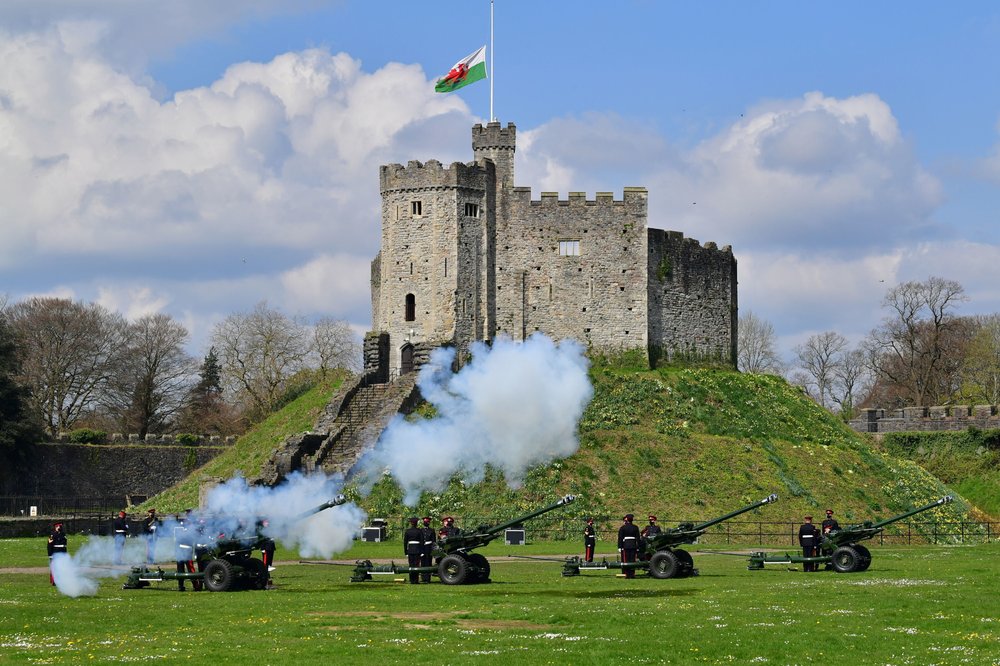 LONDON (AP) — Prince Philip’s royal ceremonial funeral will take place April 17 at Windsor Castle — a slimmed-down service amid the COVID-19 pandemic that will be entirely closed to the public.

Philip, also known as the Duke of Edinburgh, took part in planning his funeral and its focus on family was in accordance with his wishes. The 99-year-old duke, who died Friday, also took part in designing the modified Land Rover that will carry his coffin.

“Although the ceremonial arrangements are reduced, the occasion will still celebrate and recognize the duke’s life and his more than 70 years of service to the Queen, the UK and the Commonwealth,” a palace spokesman said Saturday while speaking on condition of anonymity in line with policy.

Prince Harry, Philip’s grandson who stepped away from royal duties last year and now lives in California, will attend the service along with other members of the royal family. His wife, the duchess of Sussex, who is pregnant, has been advised by her doctor not to attend.

Palace officials said the ceremony would be conducted strictly in line with the British government’s COVID-19 guidelines, which restrict the number of people attending funerals to 30. They declined to say whether the royal family would be required to wear masks.

Members of the 104th Regiment Royal Artillery fire a 41-round gun salute in the grounds of Cardiff Castle, to mark the death of Prince Philip, in Cardiff, Saturday, April 10, 2021. Britain’s Prince Philip, the irascible and tough-minded husband of Queen Elizabeth II who spent more than seven decades supporting his wife in a role that mostly defined his life, died on Friday. (Ben Birchall/PA via AP)

The palace appealed to the public not to gather in Windsor, and for those who wished to pay their respects to Philips to stay at home instead.

“While there is sadness that the public will not be able to physically be part of events to commemorate the life of the duke, the royal family asks that anyone wishing to express their condolences do so in the safest way possible and not by visiting Windsor or any other royal palaces to pay their respects,″ the palace spokesman said. “The family’s wish is very much that people continue to follow the guidelines to keep themselves and others safe.″

The announcement comes after military teams across the U.K. and on ships at sea fired 41-gun salutes Saturday to mark the death of Philip, honoring the former naval officer and husband of Queen Elizabeth II whom they considered one of their own.

Batteries in London, Edinburgh, Cardiff and Belfast — the capitals of the four nations that make up the United Kingdom — as well as other cities around the U.K. and the Mediterranean outpost of Gibraltar fired the volleys at one-minute intervals beginning at midday. Ships including the HMS Montrose, a frigate patrolling the Persian Gulf, offered their own salutes. 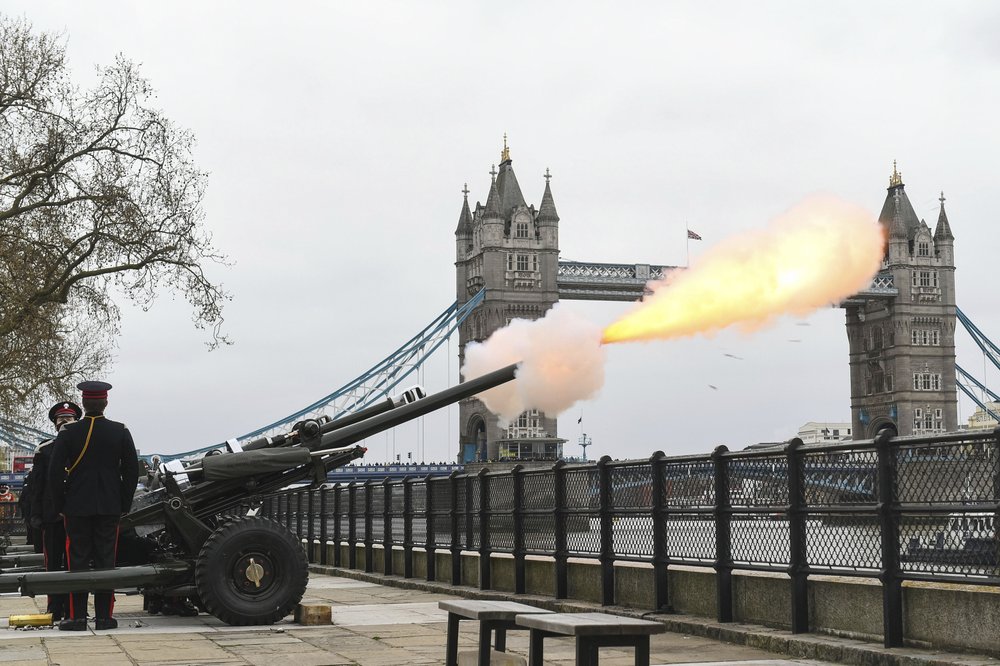 Members of the Honourable Artillery Company fire a 41-round gun salute from the wharf at the Tower of London, to mark the death of Prince Philip, in London, Saturday, April 10, 2021. Britain’s Prince Philip, the irascible and tough-minded husband of Queen Elizabeth II who spent more than seven decades supporting his wife in a role that mostly defined his life, died on Friday. (Dominic Lipinski/PA via AP)

“The Duke of Edinburgh served among us during the Second World War, and he remained devoted to the Royal Navy and the Armed Forces as a whole,” Gen. Nick Carter, chief of the defense staff, said in a statement. “A life well-lived. His Royal Highness leaves us with a legacy of indomitable spirit, steadfastness and an unshakeable sense of duty.”

Members of the Commonwealth, a group of 54 countries headed by the monarch, were also invited to honor Philip. The Australian Defense Force began its salute at 5 p.m. local time outside Parliament House in Canberra, and New Zealand planned to offer its own tribute on Sunday.

Philip joined the Royal Navy as a cadet in 1939 and once had a promising military career. In 1941, he was honored for his service during the battle of Cape Matapan off the coast of Greece, when his control of searchlights aboard the HMS Valiant allowed the battleship to pinpoint enemy vessels in the dark. Philip rose to the rank of commander before he retired from active duty. 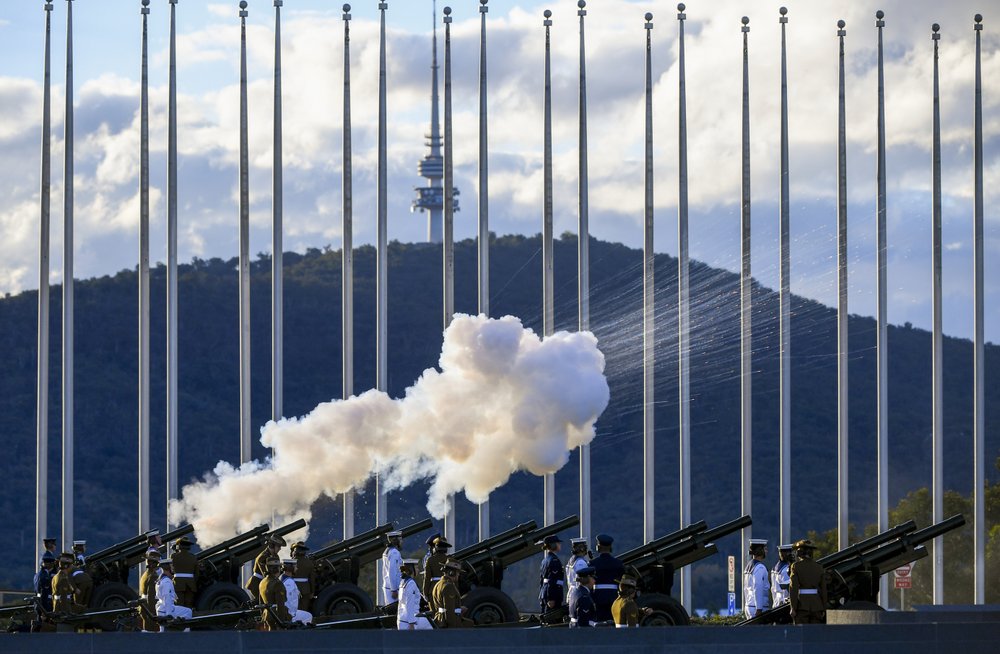 The Australian Federation Guard fire a 41 gun salute to mark the passing of Prince Philip on the forecourt of Parliament House, in Canberra, Australia, Saturday, April 10, 2021. Prince Philip, the irascible and tough-minded husband of Queen Elizabeth II who spent more than seven decades supporting his wife in a role that mostly defined his life, has died, Buckingham Palace said Friday, April 9. He was 99. (Lukas Coch/AAP Image via AP)

Two years after the war ended, Philip married Elizabeth at Westminster Abbey when she was 21 and he was 26. Philip’s naval career came to an abrupt end when King George VI died in 1952 and his wife became queen.

At the queen’s coronation in 1953, Philip swore to be his wife’s “liege man of life and limb” and settled into a life supporting the monarch. The couple had four children — Charles, the heir to the throne, Anne, Andrew and Edward.

Before he retired from official duties in 2017, the prince carried out more than 22,000 solo public engagements and supported over 780 organizations, including the Duke of Edinburgh’s Award for young people.

Members of the public continued to honor Philip’s life of service on Saturday, leaving flowers outside Buckingham Palace and Windsor Castle despite appeals from authorities and the royal family to refrain from gathering. 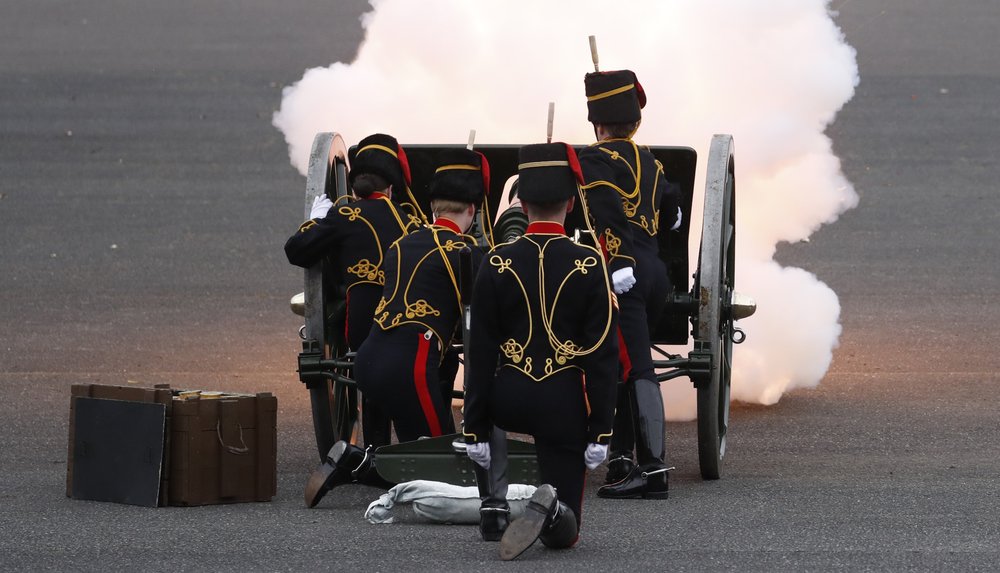 Soldiers of the Royal Horse Artillery fire a ceremonial gun during the 41 Death Gun salute in memory of Prince Philip at the Royal Artillery barracks in Woolwich, London, Saturday, April 10, 2021. Buckingham Palace officials announced Friday that Prince Philip, the husband of Queen Elizabeth II, has died . He was 99. (AP Photo/Alastair Grant, Pool)

UAE: 50% of camel deaths and record number of turtles dying due to plastic consumption