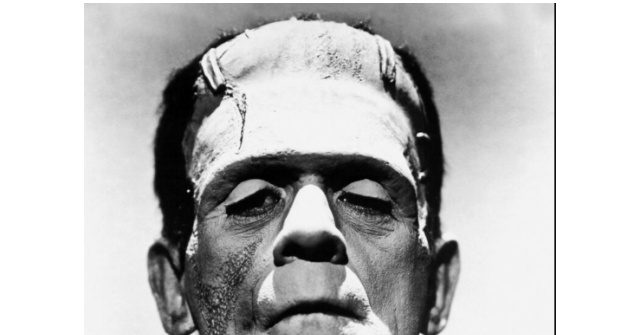 With the Academy Awards coming up — Aren’t you excited!?! I’m not. — this seemed like a good time to look back at all the mistakes the Academy has made since it first starting doling out Best Picture Oscars — starting all the way back in 1927.

This first part will cover 1927 through 1930. Then we will take it a decade at a time, and hopefully be done before this year’s Oscar telecast, whenever that is, who cares.

Saw this silent film once. That was enough. It’s pretty obvious why it won Best Picture. Technically Wings is still impressive, the overall editing and most especially the flying scenes. William Wellman, who would go on to direct for another 31 years, always knew his way around a camera. The problem is that the drama is a bit stiff and the runtime (111 minutes) feels 20 minutes too long. Hugely expensive for its time (a $2 million budget), the money is up there on the screen, but the overall melodrama is pretty forgettable.

German director F.W. Murnau’s silent drama about a man (George O’Brien) driven to murder his wife (Janet Gaynor) by another woman (Margaret Livingston) is still an emotional knockout and one of the most beautiful and effective American movies ever made. The whole experience plays like a dream you can never quite shake.

This breathtaking masterpiece, still one of the greatest movies ever made (at least in my opinion —  #13), did win an Oscar in a category that no longer exists (Unique and Artistic Picture). What’s more, it so impressed a young director named John Ford, his shooting style forever after can be seen as a tribute to Murnau.

Keep in mind this is a wish list, so it may very well be that in 1927 a foreign film would not have been considered for Best Picture. Those sorts of tripwires are not the point of this Perfect World experiment. This is meant to be a fun exercise, an excuse to talk movies, so please park your pedantry outside.

Lang has something big to say about how we cannot lose our humanism to machines and modernity, and he says it with a dazzling look at the future and a love story that still touches.

Thanks to public domain, there are literally dozens of versions and cuts of Metropolis out there, including one with a soundtrack that includes Freddie Mercury, Loverboy, Pat Benatar, and Adam Ant.

This is the best version, the truest to the director’s original version.

Have never seen this. I don’t watch movies with overweight chorus girls.

My goal was not to launch this series by risking looking pretentious with two foreign picks in a row…. Anyway, Theodor Dreyer’s 82-minute masterpiece has not aged a day. Yes, it’s a silent picture, but the cinematography and acting (most especially Renée Jeanne Falconetti as the title character) are total knockouts. The screenplay is based on the transcripts of the real trial and is presented rich with themes about persecution, witch hunts, and daring to be different that will always resonate — and especially do in today’s horrific era of the Woke Gestapo.

A must-watch for anyone who wants to call themselves a movie buff.

Another classic that retains every bit of its visceral and emotional power, and still the greatest and most powerful anti-war movie ever made.

Masterfully directed by Lewis Milestone with a narrative that circles back to the beginning in a way you never forget. Brutal, heartbreaking, unrelenting, deeply moral, and very, very rewatchable.

There’s not even a close second place. I do, however, highly recommend Animal Crackers, City Girl, King of Jazz, and most especially The Big Trail, a big-budget Western that was supposed to make John Wayne a star and flopped so badly he was stuck in quickie Weesterns and serials until John Ford rescued him nine whole years later.

The first Western to win Best Picture is technically impressive, 1931’s idea of a blockbuster, but a lumbering bore. The only thing positive about it is that it’s still better than the 1960 remake.

I could just as easily have choose Chaplin’s heartbreaker City Lights or Mervyn LeRoy’s Little Caesar. Both still play, but James Whale’s Frankenstein, the godfather of the greatest franchise in movie history (Universal’s horror collection — #85), is something I watch almost every year and it still knocks me out.

Everything about this timeless classic still works, from the now-iconic special effects to the Mighty Boris Karloff’s heartbreaking and still terrifying portrayal of The Monster. Karloff should have won Best Actor and Frankenstein should have won the rest.

Everything a movie should be, a 71-minute adventure to another time and place, a spellbinder that holds you long after the final fade.

Macleod: The End Of Fiat Is Hoving Into View… 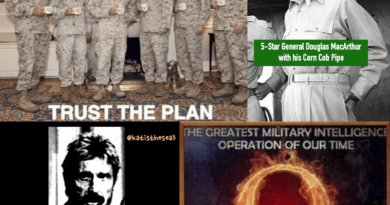