by Joe Hoft, The Gateway Pundit:

Today it was reported that the US Postal Inspection Service was spying on conservatives in America. We believe we discovered where they got their list of conservatives to spy on.

Today we found out that the US Postal Service is spying on Americans who just happen to be conservative.

We noted that the law enforcement arm of the US Postal Service, the US Postal Inspection Service (USPIS), is secretly monitoring and collecting Americans’ social media posts, according to documents obtained by Yahoo News.

The spying program is known as iCOP, or Internet Covert Operations Program, and involves goons trolling through social media sites to look for “inflammatory” posts – and then sharing the information with other government agencies.

Last we checked, “inflammatory” language was covered by the First Amendment.

We also noted that the Post Office is spying on groups like the ‘Proud Boys’ but there was no mention of any liberal domestic terrorists like Black Lives Matter and Antifa in the information provided.

From the information we have, we can easily deduce that the USPIS is targeting and spying on conservatives and not radical violent, and destructive liberals.

But how would they identify Americans who are conservative?  Those God and country-loving Americans who believe in freedom and don’t agree with communism, how could the USPIS build their list?

We believe that maybe the USPIS didn’t build a list of conservatives to spy on, they stole it.

Last year, only days before the Republican Convention, the Deep State Democrat lovers in the government, this time from the Postal Service, decided to arrest four American patriots.  Their charges were they were building a wall on their own to help protect the country because the Democrats were blocking every effort by President Trump to build a wall on the border at that time.  The USPIS accused these Americans of absconding donations for their own pleasure.  At the time and still today these charges look targeted and timed to embarrass President Trump before the 2020 Republican Convention. 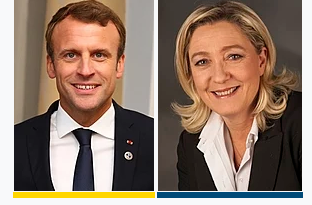 The French Elections This Weekend & Fate of the World