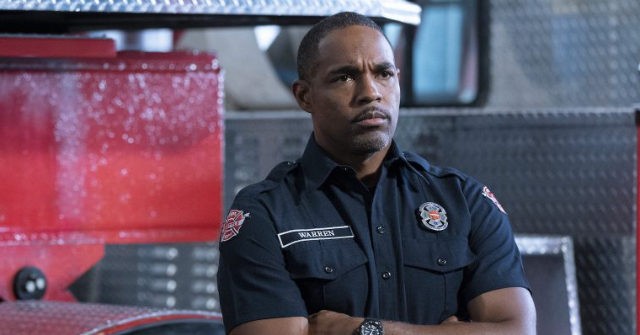 The ABC firehouse drama Station 19 proclaimed that “racism is baked” into the culture of America and “being black in America is a life-threatening condition,” in a recent episode that aired just as the verdict in the Derek Chauvin case was still filtering through America.

The line came in the April 22 episode, entitled “Get Up, Stand Up,” in which a grief counselor was called in to push left-wing critical race theories on the firehouse employees in the wake of the death of George Floyd.

The episode went on to show the firemen sharing their deep feelings about race relations in America. At one point, Dr. Ben Warren (Jason George) admitted that he yelled at a police officer even though he has advised his own children never to shout at an officer. He also said that it was dangerous to be a black man in America and that being black is life threatening.

“I’m exhausted by navigating in a world that sees me and my kids as a threat,” he said.

“I mean, it’s — it’s this — it’s this constant nagging worry that — that never goes away,” Warren continues. “And I-if I do manage to forget and just — you know, just exist…a comment or a look or the news that a man has been killed in the street reminds me that I have to be careful. And — And it steals all of my mental and emotional energy that I should be giving to my wife and my kids and my health.”

“Being Black in America is a life-threatening condition,” he concludes.

Another member of the firehouse, Victoria Hughes (Barrett Doss), scoffed at white people for suddenly calling her to see how she is doing because they have “white guilt.”

Speaking of white guilt, white firefighter Jack Gibson (Grey Damon) agreed that he had white guilt and insisted he isn’t a racist. But the therapist told him he is because “we live in a culture built on white supremacy, so the racism is baked in.” Lewis then claimed that slavery is still legal.

Lewis explained that the 13th Amendment has a provision that allows for enslavement in punishment for a crime. And that provision is still in effect, she says.

“That’s still the law. It is still legal to enslave Americans as a punishment for a crime. And do you know the statistics of incarcerated Black folks in America? 34%. We are 34% of the prison population, but we only make up 13% of this country’s population,” Lewis said. “That seem right to you? And you’re thinking, “Well, that’s because more Black people are poor, so they have to resort to crime. So they get arrested more. Sucks for them, but, hey, you do the crime, you do the time.”

Meanwhile, the episode also worked “Asian hate” into the mix by having firefighter Travis Montgomery (Jay Hayden) talk about how his Asian mother is often “spit on” when she goes to the grocery, and once was verbally assaulted by a white woman who called the coronavirus the “kung flu.”

Police officers were also slammed as being made up of bad eggs because “the good ones” are not speaking up about their wrongdoing peers. As the episode came to its end, fireman Robert Sullivan (Boris Kodjoe) said he fears being the next George Floyd because he is black.

Finally, all the officers are given permission to take to the streets to protest against the country at a Black Lives Matter rally.

Station 19 joins a growing list of network and streaming TV series pushing an anti-police message. Nearly every TV drama — fireman, police, crime, legal, medical, and others — have aired anti-police episodes. Some series have even included several such episodes. Even sitcoms such as The Neighborhood featured anti-police topics. 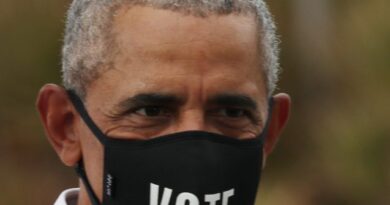 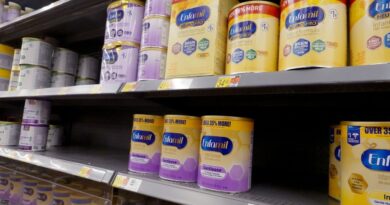