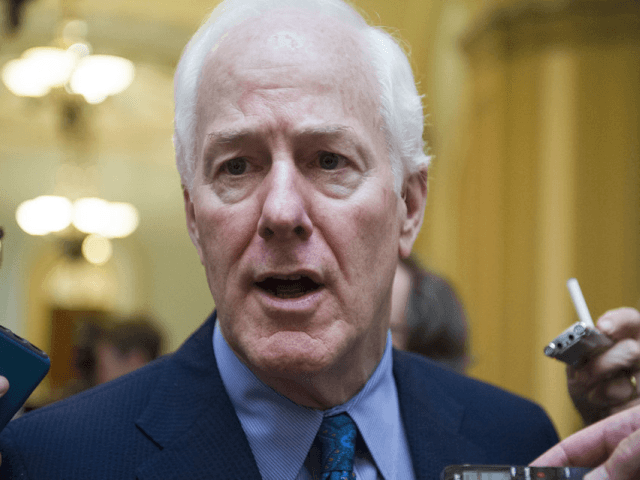 This week, as Breitbart News reported, Cornyn and Sen. Dick Durbin (D-IL) led a meeting with 12 other Senate Republicans and Democrats to explore the possibility of giving amnesty to 3.5 million enrolled and eligible DACA illegal aliens.

Though Durbin said this week that including U.S.-Mexico border-related provisions in a DACA amnesty is “one of the tickets of admission” to garner support from Republicans, Cornyn told Roll Call that he wants to pass a stand-alone DACA amnesty.

“I would like to find a permanent solution for the DACA young people. I’m no longer comfortable using them to leverage other immigration provisions,” Cornyn said.

The amnesty discussions come as illegal immigration has overwhelmed the southern border for months, with no end in sight. In March, federal immigration officials apprehended nearly 170,000 border crossers, including more than 18,600 UACs, nearly 53,000 family units, and nearly 97,000 single adults.

Analysis conducted this month predicts 1.2 million border crossers will be apprehended at the U.S.-Mexico border this year, not including those illegal aliens who successfully cross into the country. This would be a level of illegal immigration not seen since the Great Recession.

A DACA amnesty would put more U.S. citizen children of illegal aliens — commonly referred to as “anchor babies” — on federal welfare, as Breitbart News reported, while American taxpayers would be left potentially with a $26 billion bill.

Additionally, about one-in-five DACA illegal aliens, after an amnesty, would end up on food stamps, while at least one-in-seven would go on Medicaid.

Since DACA’s inception, more than 2,100 recipients of the program have been kicked off because they were found to either be criminals or gang members. 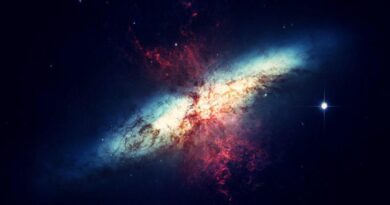 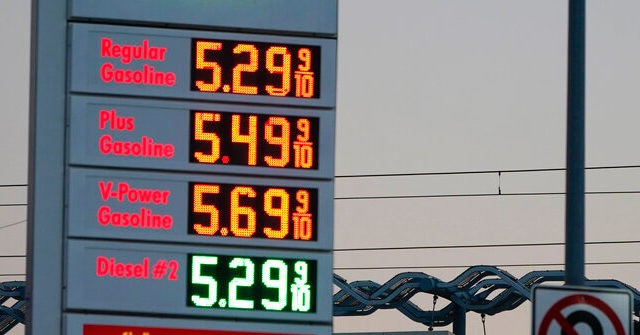 Report: Democrat-Led States Have ‘Highest Gas Prices in the Country’