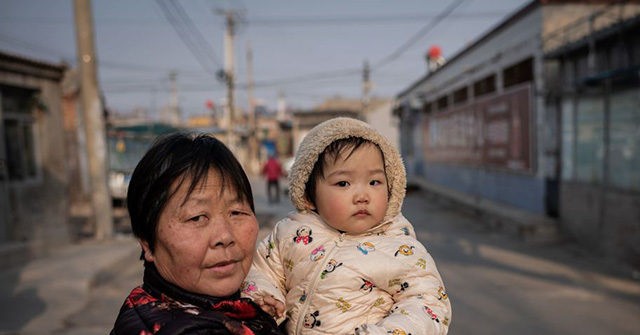 China’s annual population report for 2020 will reveal a population decline unparalleled since the era of Mao Zedong, the Financial Times reported Wednesday, prompting Communist Party officials to delay its publication.

China has seen a steady decline in its birth rate for the past five years, yet to be reversed by the repeal of its “one-child policy” — which mandated forced abortions, infanticides, and other atrocities for decades — in 2016. The Communist Party allows women to give birth to no more than two children legally now, though few appear to be taking up the opportunity. “Replacement fertility,” meaning the number of children each woman in a country must have to fully replace the currently existing population, is 2.1, slightly above the legal permissions in China.

Chinese citizens belonging to certain ethnic minorities are not subject legally to the two-child policy but have endured the systematic sterilization of millions of women to prevent them from overtaking the majority Han population.

The People’s Bank of China estimated this year that fertility in the country is at about 1.5 children per woman.

The “one-child policy” implemented in 1979 led to the mass killing of newborn girls, as many parents preferred a son to a daughter if they had to choose. This has resulted in as many as 34 million more men than women currently alive in China and a significant shortage of women of child-bearing age.

The Chinese coronavirus pandemic originating in the regional capital Wuhan appears to have both significantly cut the nation’s population and exacerbated the birth rate decline, as dating and marriage while welded shut in one’s home are mostly impossible.

China’s state-run Global Times publication warned Tuesday, prior to the anonymously sourced Financial Times report, that Beijing had suffered a birth rate catastrophe in 2020, documenting 32,000 fewer births than the previous year. Government-approved “experts” told the Times that the trend was a significant threat to Beijing’s, and China’s, economic development.

Chinese Communist Party agencies revealed that births declined 15 percent between 2019 and 2020 in reports published in February, which would likely push the country towards population decline.

“The low birth rate in China has reached an alarming degree, but it is not a surprise,” Mu Guangzong, a professor from the Institute of Population Research at Peking University, told state media at the time.

“The latest Chinese census, which was completed in December but has yet to be made public, is expected to report the total population of the country at less than 1.4bn, according to people familiar with the research,” the Financial Times claimed Wednesday. “In 2019, China’s population was reported to have exceeded the 1.4bn mark.”

The outlet noted that Beijing had already postponed the results of its latest census, claiming the need for “more preparation work.”

The number would reportedly be the first decline year-on-year since the Great Leap Forward, an intentional famine of the Chinese people under Mao that resulted in 45 million deaths.

The state-run Global Times discussed only the capital’s birth rate in an article published Tuesday, not the greater national population panorama. Its information also suggested a dire future for China’s economy.

“The number of newborns in Beijing hit a new low in a decade in 2020, decreasing by 32,000 to 100,368 compared to the previous year, according to official data the capital city released on April 9, which caught public attention on Tuesday as people also expect the results from the seventh national population census,” the Times observed.

“Not just Beijing, a dozen Chinese cities in East China’s Zhejiang Province and South China’s Guangdong Province have reported the numbers of newborns in 2020 hitting a new low in the past six to 10 years,” the report continued. “Some cities including Yangzhou, Wuxi in East China’s Jiangsu Province, Fushun and Shenyang in Northeast China’s Liaoning Province already recorded a negative natural population growth in 2020.”

A state-approved “demographer” told the outlet that India may become the world’s most populous country as soon as 2022 if trends continue.

The Chinese Communist Party has placed much of the blame for the population crisis on the few child-rearing women available in the country and what appears to be growing disinterest in starting and raising a family under totalitarianism.

“Simply allowing a couple to have a second child does not mean they will have one, as the costs of raising children, escalating housing prices and mounting career pressures on women dampen couples’ desire to have more children,” the government-run newspaper China Daily opined in December, concluding, “the trends are irreversible.”

Beijing has nonetheless attempted to implement policies meant to promote child-bearing. The Communist Youth League launched a “speed-dating” service for young singles in 2017 guaranteeing that all participants would be screened for ideological purity. Lawmakers in the National People’s Congress (NPC) proposed this year expanding sexual education in schools to encourage pregnancy. The state’s massive censorship apparatus has also begun targeting feminist opinions on social media in an attempt to keep women from reading arguments for why they should delay starting a family or build a career.

Rabo: “We Just Had A Former Fed President Say What He Was Not Allowed To When In Office” 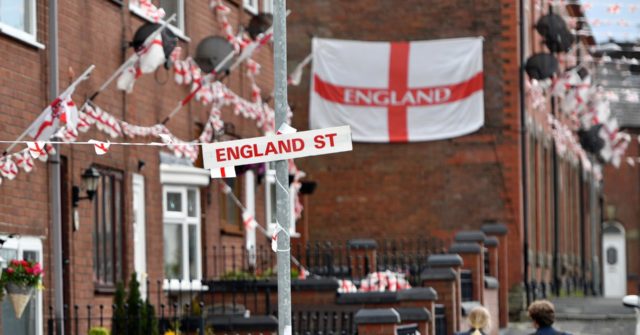