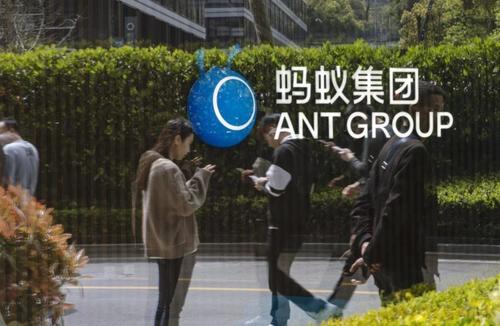 President Xi made clear during a speech earlier this year that he wouldn’t allow rictures in China’s domestic capital markets, or the pressure of international investors, to shake the CCP’s drive to curb the power of China’s biggest tech giants. And so it is just weeks after Beijing forced Ant Group to apply to become a bank holding company, WSJ reports that Fidelity, one of the world’s largest institutional investors, is now valuing its investment in Ant at a 50% loss.

Three years ago, Fidelity was among a small group of foreign investors allowed to purchase a stake in Ant – a financial firm that got its start as an “affiliate company” of Alibaba and is still controlled by Alibaba founder Jack Ma. Fidelity recently marked Ant shares in several of its funds at prices impying a $144 billion valuation for the company as of late February, according to regulatory filings cited by WSJ. Notably, that’s before Ant was forced to convert to a bank holding company, and before Beijing’s edict that 13 of China’s biggest tech firms (including Ant) take responsibility for loans issued via their platforms.

But one thing the writedown does reflect is the scuttled IPO for Ant, which was supposed to be the biggest IPO ever – and taking place on markets in nominally Communist Shanghai, no less – until the CCP scuttled the offering (which was supposed to raise $34 billion for Ant) simply to spite Jack Ma, over some mildly critical comments he made at an obscure tech conference days before.

At a $144 billion valuation, Fidelity is signaling to investors that it believes Ant is worth less now than it was three years ago – now that the hope of a exit to China’s army of retail investors has been forestalled, perhaps permanently – when Fidelity first purchased its stake. This roughly squares with what analysts have warned, as many have pointed out that Beijing’s crackdown will put a lid on Ant’s potential growth and profitability.

WSJ also pointed out that the $144 billion number represents “a big comedown from last August, when Fidelity’s marks pinned the company’s valuation at $295 billion, the filings showed. At the time, the Hangshou-based startup was preparing to go public and had just released listing documents that detailed how profitable it was and how quickly it had grown in recent years.”

Fidelity isn’t the only US fund manager to mark down its Ant holdings: Some funds managed by T. Rowe Price and BlackRock marked their Ant shares at prices that implied valuations of between $200 billion and $250 billion at the end of 2020 or in early 2021.

WSJ noted that mutual funds update these valuation metrics all the time, and it’s possible Ant’s valuation could rise after Beijing ends its campaign against its own tech giants. But for now, at least, it looks like the CCP and President Xi are only just getting started, and furthermore, the pressure will likely extend to Tencent, JD, Meituan and other major Chinese tech firms. Most of these firms are publicly traded and giants like Fidelity own reams of their shares.

Ant owns Alipay, a popular mobile payments and lifestyle app that has more than a billion users in China. It handled the equivalent of more than $17 trillion worth of payment transactions in the year to June 2020. In addition, Ant has leveraged its giant customer base to cross-sell many other financial products – although Beijing appears to now be placing restrictions on the types of loans and other products it can offer. At the time the IPO was scuttled, China’s regulators chided Ant for straying too far from “its roots as a payment provider [its Alipay app handled more than $17 trillion in transactions]”.

Once Ant officially becomes a bank in the eyes of the state, it will be subject to new restrictions and capital requirements, which will transform the company into a slow-but-steady-growth financial institution, not the momentum stock that Fidelity and other investors – which include sovereign wealth funds, private equity firms and many others who are probably feeling pretty miffed right about now – had envisioned when they plunked down their cash.

After this, maybe Fidelity and its rivals will think twice about investing in the next hot Chinese unicorn, now that risk managers must contend with the reality that the CCP can scuttle an IPO at any time. 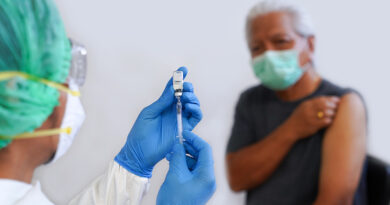