Human life as you experienced it until the beginning of 2020 has now ended. It will not return. The long-standing elite plan to take complete control of our lives is now being progressively implemented.

Act 1 – the ‘Covid-19 pandemic’ – successfully distracted most people so comprehensively that the measures implemented by the global elite to depopulate humanity and take full control of those still living proceeded rapidly.

Act 2 is but a short time away.

Written by Robert Burrows in Killing Democracy Once and for All: The Global Elite’s Coup d’état That Is Destroying Life as We Know It

We must keep fighting back. Our resistance is seen in the increasing reluctance from the population to take the COVID-19 vaccines and in the growing numbers of people turning up at protests demanding their freedoms back.

Many mainstream doctors are finding their voice and sharing their considerable knowledge. By all standards the mortality risk of this vaccine is off the richter scale!

We have over 2500 vaccine reported deaths.

In the US in 1976, 55 million people were vaccinated with the swine flu shot.
We got to 25 deaths and it was pulled off the market.

We vaccinate 195 million people every year with the flu vaccine. The typical deaths ending up in the database are between 20 and 30.

When we get to typically 50 or 60 deaths with any type of drug, it gets pulled off the market.

Nevertheless, Health Canada says the Pfizer-BioNTech COVID-19 vaccine is now safe to give to children ages 12 and up.

The federal health agency has announced it has approved administering the vaccine to children ages 12 to 15, after initially authorising it for use in individuals 16 years of age and older. Honestly, what comes to mind is, “Your children are next.” And that is terrifying, and it makes me well up when I think about it.

And we’re getting younger and younger here now, and our time’s running out. – A nurse whistleblower

Megan Redshaw writing for the Defender

The federal government estimates that one vaccine injury results from every 39 vaccines administered, and recent VAERS data show 118,902 reports of adverse events following COVID vaccines, including 3,544 deaths and 12,619 serious injuries between Dec. 14, 2020 and April 23.

This is the latest despicable move in the COVID scam. Can you believe this? This week something VERY SIGNIFCANT happened in America. Significantly but quietly, the CDC changed their PCR amplification recommendations. Scientists around the world have pointed out the problems with the massively high 40 cycle amplification, which is the CDC standard recommendation. High amplification results in a massive “case load” increase, with false positive PCR tests.

Now, the CDC have changed their recommendations.…but ONLY FOR THOSE WHO HAVE RECEIVED THE V

The new guidelines recommend that FOR THOSE WHO BECOME SICK WITH CV AFTER THEY HAVE RECEIVED THE V… …AMPLIFICATION IS TO BE REDUCED TO 28 CYCLES.

Everyone else will still remain tested at 40 cycles.

What does this mean?

It means that this will result in a massive reduction in positive tests for those who have been Vd. This will (on graphs, charts and stats) immediately produce the impression of a highly successful and protective CV V. Everyone else who is tested, who have not had the V, will still be prone to huge numbers of false positives.

The Israeli People`s Committee is an independent organization relying on publicly available information from official publications and social networks. While the Prime Minister of Israel and senior officials of the Ministry of Health brag that Israel serves as a global model for nationwide vaccination, and while they boast that Pfizer has chosen us to be the experimental country thanks to the advanced technological systems of our HMOs [Health Maintenance Organizations], the state has systematically shut down all monitoring and tracking systems, which are designed to identify and alert of adverse events that occur in proximity of receiving the vaccine.

We received 288 reports of deaths occurring in proximity to the vaccination (90% up to 10 days after the vaccination). 64% are men. According to the Ministry of Health’s figures: only 45 deaths occurred in proximity to the vaccination. According to data from the Central Bureau of Statistics (CBS), during January-February 2021, in the midst of the vaccination operation, there was a 22% increase in overall mortality in Israel compared to the bi-monthly average mortality in the previous year. r. In fact, the period of January-February 2021 is the deadliest one in the last decade, with the highest overall mortality rates, when compared to the corresponding months over the last 10 years.

Up until the publication date of this report, a total of 2,066 reports of adverse events have been recorded by The Israeli People`s Committee and the figures continue to flow in. These reports indicate damage to almost every system in the human body. These figures also highlight the inconceivable gap between official Israeli media reports and what is actually happening, enabling a “two worlds” situation due to journalistic failure to sense, identify and report on what is actually happening in citizens` real-life.

Another three possible cases are under investigation, but authorities suspect they are unrelated to the vaccine.

There are now 11 Australian cases of blood clots which are believed to have been caused by thrombosis with thrombocytopenia syndrome, or TTS.

About a quarter of those people who get the clots die. This is no trivial matter. These are experimental injections. As the Federal Minister for Health, Greg Hunt admitted on Insiders

The world is engaged in the largest clinical trial, the largest global vaccination trial ever, and we will have enormous amounts of data. 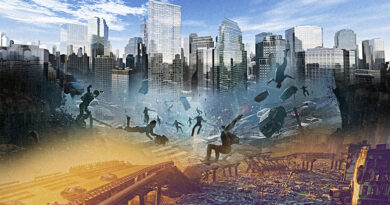 “Winter” is coming for the West, and it is going to be apocalyptic 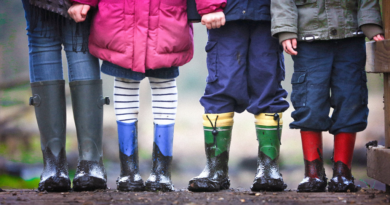 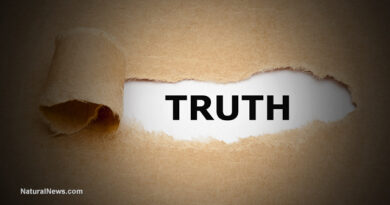