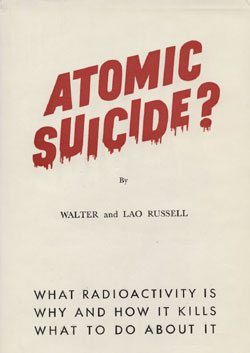 If Hydrogen therapy may reduce the risks related to radiation-induced oxidative stress in space ﬂight what do you think it can do for us on the ground? From a research paper from NASA scientists, we read:

“Cosmic radiation is known to induce DNA and lipid damage associated with increased oxidative stress and remains a major concern in space travel. Hydrogen, recently discovered as a novel therapeutic medical gas in a variety of biomedical ﬁelds, has potent antioxidant and anti-inﬂammatory activities. It is expected that space mission activities will increase in coming years both in numbers and duration. It is therefore important to estimate and prevent the risks encountered by astronauts due to oxidative stress prior to developing clinical symptoms of disease. We hypothesize that hydrogen administration to the astronauts by either hydrogen inhalation or drinking hydrogen-rich water may potentially yield a novel and feasible preventative/therapeutic strategy to prevent radiation-induced adverse events.”

Hydrogen inhalation will extend the length of time astronauts can stay in space, and it will lengthen the time we can stay alive and healthy on the ground. Meaning it is the perfect anti-aging therapy. A real fountain of youth! Want to feel young again, do the ultimate sleep therapy, breathing a combination of hydrogen and oxygen gas all night, every night. I can tell you what it did for me doing that for only six weeks. I feel better than I have in ten years, and look it too!

“In recent years, many studies have shown that hydrogen has therapeutic and preventive effects on various diseases. Its selective antioxidant properties were well noticed. Most of the ionizing radiation-induced damage is caused by hydroxyl radicals (% OH) from the radiolysis of H2O. Since hydrogen can mitigate such damage through multiple mechanisms, it presents noteworthy potential as a novel radioprotective agent.”

Ionizing radiation has been well connected to various biological damaging effects for many years. Since World War II, abundant knowledge about radiation’s physical effects has been generated and documented. Exposure to ionizing radiation can lead to many hazards, including genetic mutations, induction of cellular death, and carcinogenesis.

We are all Spacemen

We are all spacemen though we live on the ground. We should be as concerned as NASA scientists are for their astronauts, especially if we live in high-risk areas (cities), live near a cell tower, a five G antenna, have had CT or PET scans, mammograms, use Wi-Fi and other wireless communication, or are frequent fliers. And now Eron Musk is putting up thousands of low orbit satellites, which will bombard the earth with more radiation than ever before. Not sure if God will help us, but hydrogen gas and water will.

Radiation at extremely low levels is a health hazard that medicine is not dealing with because it uses dangerous levels of radiation in both its diagnosis and treatment of disease. Radiation hazards have been grossly underestimated because they have to be. If they were not, then both the medical industry and the atomic power industry would be vulnerable to staggering liabilities.

Radiation is an invisible terror that works insidiously in the background, so it is easy to hide its place in the deterioration of the publics’ health. But slowly and steadily, radiation hazards are destroying not only our health but that of our children and our children’s children and many more generations to come.

As early as 1955, Dr. Alice Stewart, head of the Department of Preventive Medicine at Oxford University, became aware of a sharp rise in leukemia among young children in England. By May 1957, after the analysis of 1299 cases, half of which involved leukemia and the rest mainly brain and kidney tumors, her study had been completed.

The data showed that babies born of mothers who had a series of X-rays of the pelvic region during pregnancy were nearly twice as likely to develop leukemia or another form of cancer as those born of mothers who had not been X-rayed. Dr. Stewart concluded that the dose from diagnostic X-rays could produce a detectable increase in childhood cancer when given during pregnancy.

The government says radiation is safe. Experts say it is safe, and doctors say it is safe. Therefore, it must be safe, so relax and don’t do anything to mitigate its slow death effects. Listening to that is a perfect recipe to shorten one’s present incarnation.

In publishing Atomic Suicide, Dr. Walter Russell united with Dr. Albert Schweitzer’s 1957 appeal to the world to end nuclear tests and all use of radioactive elements. In this prophetic book, the Russell’s explain that with radioactive elements unleashed into our atmosphere, the human race is heading for catastrophe. Giving detailed scientific evidence, they warn that ‘to fail to consider the nature of radioactive elements and their consequences would be a folly for which humanity would have to pay a terrible price.

The unleashed power of the atom has changed
everything save our modes of thinking, and
thus we drift toward unparalleled catastrophe.
Albert Einstein

According to the Times, “Americans today receive far more medical radiation than ever before. The average lifetime dose of diagnostic radiation has increased sevenfold since 1980, and more than half of all cancer patients receive radiation therapy.”

CT scans of the abdomen can deliver the radiation equivalent of 400 chest X-rays. An estimated 70 million CT (for computed tomography) scans are performed in the United States every year, up from three million in the early 1980s.

The oral administration ofsodium bicarbonate diminishes the
severity of the changes produced by uranium in the kidneys.

The kidneys are usually the first organs to show chemical damage upon uranium exposure. Old military manuals suggest doses or infusions of sodium bicarbonate to help alkalinize the urine if this happens. This makes the uranyl ion less kidney-toxic and promotes excretion of the nontoxic uranium carbonate complex. The oral administration of sodium bicarbonate diminishes the severity of the changes produced by uranium in the kidneys.

Magnesium and Protection from Radiation

Glutathione synthetase requires ?-glutamyl cysteine, glycine, ATP, and magnesium ions to form glutathione. In magnesium deficiency, the ss y-glutamyltranspeptidase is lowered. There is a direct relationship between cellular magnesium, GSH/GSSG ratios, and tissue glucose metabolism. Magnesium deficiency causes glutathione loss, and this is unwelcome as the clouds of radiation are touching down across the northern hemisphere.

Magnesium deficiency causes glutathione loss, which is not healthy because glutathione helps defend the body against damage from cigarette smoking, exposure to radiation, cancer chemotherapy, and toxins such as alcohol and just about everything else.

According to Dr. Russell Blaylock, low magnesium is associated with dramatic increases in free radical generation and glutathione depletion. This is vital since glutathione is one of the few antioxidant molecules known to neutralize mercury. “For every molecule of pesticide that your body detoxifies, you throw away or use up forever a molecule of glutathione, magnesium, and more,” says Dr. Sherry Rogers. She goes on to say that, “Your body uses nutrients to make this glutathione, and it uses up energy as well. Every time we detoxify a chemical, we use up, lose, throw away forever, a certain amount of nutrients.”

Dr. Brownstein writes, “If there is enough inorganic, nonradioactive iodine in our bodies, the radioactive fallout has nowhere to bind in our bodies. It will pass through us, leaving our bodies unharmed. It is important to ensure that we have adequate iodine levels BEFORE this fallout hits.”

Rick Simpson said, “I have seen patients suffering from cancer who were severely damaged by the effects of radiation treatments and who were able to eliminate the damage in a short time. Some who have come to me that had radiation treatments were burned so badly by its effects that their skin looked like red leather. After ingesting the Hemp oil treatment, their skin went back to its normal healthy state, and the radiation burns disappeared completely.

Radiation damages our bodies by breaking the chemical bonds in our cells. The amount of damage done depends not only on how much radiation we are exposed to but also on how mineral deficient we are. Radioactive elements are similar in structure to their nonradioactive counterparts, differing only in the number of neutrons the atoms contain. Because of this, nutrition plays an essential role in protecting the body from damage caused by radiation. Deficiencies of calcium, potassium, magnesium, iodine, sulphur amd selenium make the body more likely to absorb radioactive elements.

Whether you or someone you love has cancer, knowing what to expect can help you cope and live through the experience. From in-depth information about cancer and its causes to in-depth information about treatments, emotional aspects, tests, and a whole lot more, I offer a 100 lesson course on cancer at eighty percent off the regular price of 500 dollars. So your cost will be only 99 dollars. The course is part of a doctoral program at Da Vinci University and, when taken for credit, costs 1,000 Euros for both parts.

Fauci: Three shots will be the new standard for a full coronavirus vaccination 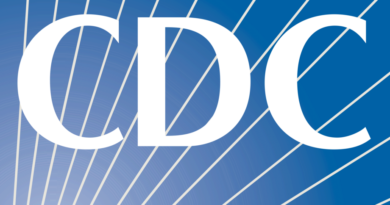 The CDC has no authority to make decisions for Americans â€“ “Keep the Republic” on Brighteon.TV