On May 19, the Izz ad-Din al-Qassam Brigades, the military wing of the Hamas Movement, released aerial footage which were taken by a new reconnaissance drone.

The footage shows Israeli military posts, fortifications, equipment as well as two Mirkava-type battle tanks situated in the outskirts of the Gaza Strip. The Palestinian group said that the footage was taken on May 18.

The footage was recorded by a new reconnaissance drone dubbed “Al Zouari”. The drone was named after Mohamed Zouari, a Tunisian Aerospace engineer and the mastermind behind al-Qassam drone program.

Zouari was the developer of the Ababeel1, the first reconnaissance, armed drone to be made in Gaza by the Izz ad-Din al-Qassam Brigades.

The engineer was assassinated on December 15, 2016 in Tunisia’s Sfax when he was shot dead in a drive-by shooting operation generally attributed to the Israeli Mossad.

Hamas drone program continued to grow after the assassination of Zouari. Last week, the group unveiled a suicide drone dubbed “Shehab”. The drone was used in several attacks on Israeli targets, including a naval gas platform and a chemical plant. 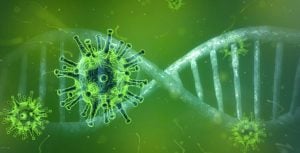 The Ruckus over Roe is Just Another Racket

Mayhem in the Treasury Market as Powell Adds 50-Basis-Point Rate Hikes (Plural) to Menu, QT “As Soon As” May