Any sort of holiday or otherwise partial cessation of hostilities in the Middle East, and namely Syria, provides civilians with a rare chance of focusing on other issues.

In the north and toward the central regions of Syria people took to the streets after a hike in fuel prices, attributed to the US-backed Syrian Democratic Forces (SDF).

Two people were reportedly killed when SDF members opened fire on a protest, trying to disperse it.

Along with the protests in Hasaka, demonstrations happened in Deir Ezzor, Amuda, Rmelan, Al-Maabadah, Qamishli and Dayrik districts. They were all against the increases in the prices for energy resources such as natural gas, diesel oil and gasoline.

Two civilians were killed when the SDF stormed into As-Sawa village in Deir Ezzor western countryside.

Just two days earlier, SDF members stormed into a number of villages in al-Shaddadi area in Hasaka southern countryside and kidnapped many of the villagers, Syrian state media reported.

In total, the US-backed Kurdish group kidnapped 25 civilians and took them to one of the places which was turned into a prison within the city center.

In nearby Aleppo, tensions between the Kurdish factions and the Turkish forces, and Turkish-backed militants continue.

Two members of the factions that Ankara backs were killed in an explosion in the vicinity of one of their armed headquarters in Rajo district in Afrin city.

The Damascus government blames Turkey and the militants it backs for stealing electricity, wheat and oil from northern Syria, while Ankara in its turn blames the SDF for that.

Meanwhile, both Ankara and Washington are actually smuggling resources away from northern Syria, causing their lack and the hikes in prices.

Civilian suffering is something that currently is taking place in the Gaza Strip and the West Bank.

A convoy of international aid trucks that started rolling into Gaza through Karem Abu Salem was stopped.

Israel briefly opened the crossing, then, closed it again, because alleged Hamas shelling lightly injured a soldier of the Israel Defense Forces. This warranted the stopping of any and all humanitarian aid.

The situation in Gaza appears to be nowhere near resolved, with none of the collective West willing to undertake any tangible action or even sternly demand an end to violence. All that’s present are light calls for a ceasefire that fall on deaf ears. 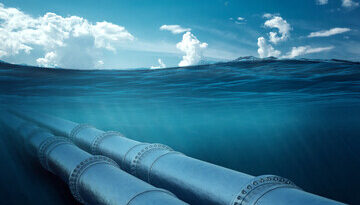