We will continue to fight against this global tyranny in every way we can.

New vaccination passports could allow Australians the freedom to travel interstate despite lockdowns and outbreaks and attend family gatherings and big sporting events down the track.

This is unbelievable! Imagine no longer being able to visit your relatives and friends in other states unless you agree to an experimental injection. Prisoners!

In August 2020, Scott Morrison said that Australians could “expect it to be as mandatory as you can possibly make it” with regards to the COVID-19 vaccine.

it’s not going to be compulsory to have the vaccine

Here is a link to the petition

Babies and young children next? A baby involved in clinical trials into the effects of COVID vaccinations among children has reportedly become the youngest person in the world to get two Pfizer jabs against the disease.

The federal government has only approved the vaccine for children as young as 12.

However, Mike and Marissa Mincolla, both doctors from Baldwinsville, New York, said they had no qualms about their eight-month-old son, Vincenzo, or “Enzo” being administered with two doses of the vaccine at Upstate Medical University.

And Australia also plans to vaccinate those under 16 years

The Conversation asks the question

When will children get vaccinated in Australia?

Children under 16 have been considered in Australia’s COVID-19 vaccination rollout strategy, and will constitute phase 3. And for more on the dangerous reactions to these experimental vaccines

The medical regulatory agency has launched an investigation after eight cases of a rare illness that can leave patients paralysed were diagnosed in Australians after they had the AstraZeneca vaccine. According to the TGA

This is a very serious reaction to vaccination

According to an analysis of the Vaccine Adverse Event Reporting System (vaers) between 1990 and 2005  there were 1000 cases of GBS reported in the US after vaccination. In 20% of the cases vaccine related GBS resulted in disability or death. In 63% of cases GBS occurred following influenza vaccination, 9% after hepatitis B vaccination and 27 % of cases occurred after receiving other individual vaccines or a combination of vaccines.

From the Therapeutic Goods Administration (TGA) This rollout of these dangerous injections has to stop and NOW

Time for some challenging of the narrative…

An alternative view on Pathogenic Priming

Discussed by Tom Cowan in a recent seminar

A person who has the COVID-19 shot will make antibodies to the SarsCov-2 spike protein and when they come across the wild virus they will suffer a more severe reaction.

This narrative of pathogenic priming fosters the myth that there is a virus to begin with.

This theory of pathogenic priming is based on a ferret study.

They took 12 , 6-12 week-old male castrated ferrets and divided them into 3 groups. The ferrets were given 2 shots each.

1-3 groups were given smallpox vaccine – no spike protein

7-9 groups were given smallpox vaccine with Sars cov-1

The injections were given into the peritoneal cavity or subcutaneously. Two weeks later the ferrets were challenged with some fluid from the tissue culture in which there was no virus (said to be a vaccine). This toxic cell culture was given intra-nasally. The ferrets were then observed for 29 days after the challenge.

What do you think happened to them? Nothing! Most people think they died or got very sick. However they did not.

Body temperatures remained stable and there were no changes in behaviour. They then did blood tests and found that among the ferrets who received the injection with spike protein into the abdomen – a few of these had elevated liver enzymes which lasted 24 days.

The ferrets were then killed. On autopsy some antibodies were found which likely resulted from the toxic solution given to them that was supposed to be a vaccine. Similar rallies will be held in every state on May 29 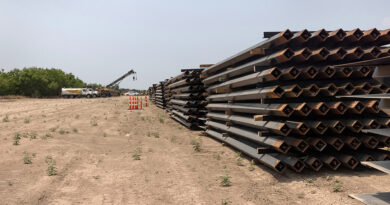 Is Ivermectin a Cancer Solution?