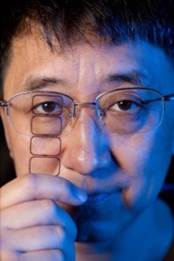 The World Health Organization’s (WHO) knowledge of cancer is dangerously superficial. They do get it right about cancer being the leading cause of death worldwide, but that is about it. The rest is less than helpful, so no wonder why nine million people die of cancer each year.

Cancer claimed far more lives in the U.S. last year than did COVID, yet we’re doing almost nothing to prevent it. Why are we doing next to nothing to reduce the death toll from cancer and heart disease, yet we nearly destroyed modern civilization over COVID fears? The answer should shake us to our core. The entire medical-industrial complex is based on pharmaceutical terrorism, which is very much a part of the training doctors must endure during medical school.

WHO’s description of what causes cancer is sad. It leaves one with the feeling that they do not want you to know anything or that they do not know anything, except for mainstream recommendations like surgery, chemo, and radiation therapy. And, of course, they want you to employ all their dangerous diagnostic tests that only provoke cancer and increase your chances of dying.

It seems impossible that they could be that ignorant about what cancer is and what to do about it. I wrote recently that cancer patients need to know more than their oncologist if they want to survive their cancer. And I do offer a study path to do exactly that.

Between 2000 and 2050, the number of new cancer patients diagnosed annually is expected to double. Why is that? The answer to that question is visible on the WHO page on cancer and other mainstream cancer sites. We keep hearing that the war on cancer has been lost. Are we not, after all, an intelligent species, smart enough to solve the problem of cancer? We are, but the mainstream of medicine is into death and dying, not health and treatments that cure.

The WHO on What causes cancer?

Cancer arises from transforming normal cells into tumor cells in a multi-stage process that progresses from a pre-cancerous lesion to a malignant tumor. These changes are the result of the interaction between a person’s genetic factors and three categories of external agents, including:

How is this helpful when they recommend using chemical carcinogens in chemotherapy and ionizing radiation to test and treat cancer? They certainly do not focus on heavy metals as a cause of cancer. Not a word on their site is about stress, nutritional deficiencies, or low oxygen delivery to the cells.

Indeed, you will not find anywhere on the WHO page that doctors are one of the leading causes of cancer; no wonder we have lost the war on cancer. Chemotherapy and radiotherapy are both intrinsically carcinogenic treatments. Take the cancer drug tamoxifen, for example. Tamoxifen is classified by the World Health Organization and the American Cancer Society as a human carcinogen. It has been documented to cause over two dozen health-destroying side effects, yet it is still used as a first-line treatment for certain types of breast cancer.

When a doctor hands you that diagnosis and does little to nothing to help you handle feelings of fear and overwhelming stress, he allows cancer to explode and proliferate because the stress feeds the fire of inflammation, tumor growth, and metastases. Bone and lung metastases are responsible for most deaths in patients with breast cancer, so it is critical to get stress under control. We need to pay attention to emotional and psychosocial factors from the first day because intense stress shortens the time to recurrence and death.

Women with advanced breast cancer who have abnormal daytime levels of cortisol, a hormone released in response to stress, are significantly more likely to die sooner than patients with normal hormone levels, Stanford University researchers reported back in 2000. The researchers also found that women with abnormal cortisol levels had fewer immune system cells known as natural killer cells, and this reduced immunity was associated with higher mortality. Dr. David Spiegel, MD, Stanford professor of psychiatry and behavioral sciences, said, “We found that patients who had abnormal cortisol patterns died significantly sooner.”

Not a word on the WHO site informing patients:

Science knows that people who live in areas of selenium-rich or magnesium-rich soils are many times less likely to get cancer. In China, where the selenium levels in the soils vary much more dramatically than in the United States and the population is less mobile, an ecological study in 1985 showed dramatic results in linking cancer with selenium deficiencies.

In the low-selenium classification, three times as many people died from cancer as in the high-selenium category. Cancer deaths for those taking the selenium were cut almost in half, according to the study published in the Journal of the American Medical Association on December 25, 1996. In addition, the people who had taken selenium had 63% fewer prostate cancers, 58% fewer colorectal cancers, 46% fewer lung cancers, an overall 37% fewer cancers. Selenium reduces the risk of lung cancer to a greater degree than stopping smoking.

The WHO does not have an ounce of empathy for women! One could easily assume they are staffed by aliens who hate humanity, and we could easily say that about the FDA, the CDC, and many other health and medical organizations.

One can easily see this in their refusal to inform women about the importance of iodine for their breasts. Dr. Tina Kaczor reported that “The first report of geographical regions with high rates of goiter having higher rates of cancer mortality was published in 1924. Ongoing epidemiological data has corroborated the association between goitrogenous regions (iodine-deficient regions) and cancer incidence/mortality, particularly stomach cancer.

Epidemiological evidence also suggests that thyroid disorders, particularly goiter, may be associated with breast cancer incidence and mortality. Other cancers related to the goitrogenic state include prostate cancer, endometrial, ovarian, colorectal, and thyroid cancer. It is not clear whether these associations are due to an underlying hypothyroid condition, the presence of occult autoimmune processes, or iodine deficiency itself.”

Not A Word About Cancer and Inflammation

“Cancer is caused by many different processes, and inflammation is one of them, and if you could inhibit that process, it would be tremendously helpful,” says Dr. Young S. Kim, program director in the Nutritional Science Research Group at the National Cancer Institute. Inflammatory chemicals release free radicals or free roving electrons that damage cells and may initiate damage to the genetic material in our cells and our DNA, thus leading to cellular mutations, loss of normal cell functions, and cancer. Inflammatory chemicals also stimulate the production of new capillaries, tiny blood vessels that feed cancerous growths.

Not A Word About Dr. Walburg Or That You Can
Massacre Cancer with Oxygen and Bicarbonates

Scientists have recently confirmed, yet again, that long-term lack of oxygen in cells is the key driver of cancer growth. Who says so now? Dr. Ying Xu, Regents-Georgia Research Alliance Eminent Scholar, and professor of bioinformatics and computational biology in the Franklin College of Arts and Sciences.

His study was published in the Journal of Molecular Cell Biology in 2012. “Cancer drugs try to get to the root—at the molecular level—of a particular mutation, but the cancer often bypasses it,” Xu said. “So we think that possibly genetic mutations may not be the main driver of cancer.”

Every doctor learned back in medical school all about Dr. Otto Warburg’s discovery in the 1930s when he discovered the main biochemical cause of cancer, or what differentiates a cancer cell from a normal, healthy cell. So big a discovery was this that Dr. Warburg was awarded the Nobel Prize.

Dr. Warburg said, Cancer, above all other diseases, has countless secondary causes. Almost anything can cause cancer. But, even for cancer, there is only one prime cause. The prime cause of cancer is the replacement of the respiration of oxygen (oxidation of sugar) in normal body cells by a fermentation of sugar. In every case, during the cancer development, oxygen respiration always falls, fermentation appears, and the highly differentiated cells are transformed into fermenting anaerobes, which have lost all their body functions and retain only the now useless property of growth and replication.”

In a study published in Nature in March 2012, researchers tried to replicate the results of 53 preclinical cancer studies. Of those 53 studies, only six were replicable. In his new book, Bad Pharma, Dr. Goldacre sounds a warning bell that drug manufacturers are the ones who fund trials of their products. One of the most widely recognized and valid tests of scientific proof is when these studies showing positive results can be and are replicated by independent researchers (not researchers chosen or paid by the drug manufacturer providing the original finding).

“Drugs are tested by the people who manufacture them in poorly designed trials, on hopelessly small numbers of weird, unrepresentative patients, and analyzed using techniques that are flawed by design, in such a way that they exaggerate the benefits of treatments,” writes Goldacre in his book. “When trials throw up results that companies don’t like, they are perfectly entitled to hide them from doctors and patients, so we only ever see a distorted picture of any drug’s true effects.”

Whether you or someone you love has cancer, knowing what to expect can help you cope and live through the experience. From in-depth information about cancer and its causes to in-depth information about treatments, emotional aspects, tests, and a whole lot more, I offer a 100 lesson course on cancer at eighty percent off the regular price of 500 dollars. So your cost will be only 99 dollars. The system is part of a doctoral program at Da Vinci University and, when taken for credit, costs 1,000 Euros for both parts one and two. 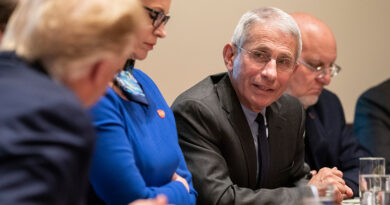 Fauci and others KNEW China was withholding data on COVID-19 as pandemic began: Watchdog

Why It’s Time to Discover the Benefits of Thyme…