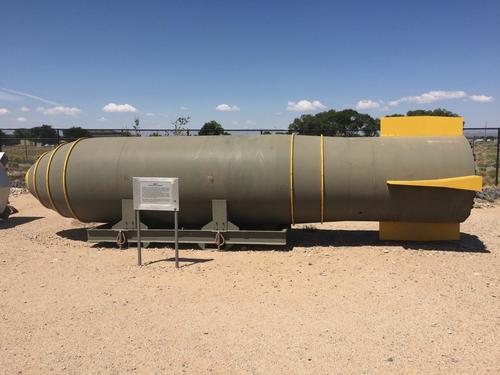 At a moment that President Biden’s defense budget, the largest in history, is seeking to spend heavily on ‘China deterrence’ as well as nuclear funding to modernize America’s ageing Cold War era arsenal and systems – which many critics lambasted as a classic case of threat inflation in order to fatten the already bloated DoD budget (a yearly exercise) – Beijing has responded by warning it stands ready to in turn expand its own defenses and nuclear arsenal accordingly.

This apparent game of threat inflation begetting threat inflation, however, is about to have serious real world consequences in terms of dangerously beefed up nuke capabilities among the superpowers, with Chinese state-run English language mouthpiece Global Times issuing these alarming words on Friday:

“Facing a serious strategic threat from the US, China was urged to increase the number of nuclear weapons, especially its sea-based nuclear deterrent of intercontinental submarine-launched ballistic missiles, to deter potential military action by US warmongers, Chinese military experts said on Friday, after reports that the US’ new defense budget will modernize its nuclear arsenal to deter China,” GT wrote.

So essentially the Communist-run newspaper is teasing a preview of what’s likely to come in response to the Pentagon shifting its strategic priorities to China and the Asia-Pacific region (and it should be noted… away from two-decades of Middle East quagmires in which Beijing could sit back and watch one US military ‘crisis’ after another unfold).

“Having a nuclear arsenal appropriate to China’s position will help safeguard national security, sovereignty and development interests and establish a more stable and peaceful world order, which will be beneficial for the world, they said,” GT continues.

Since 2020 there’s been an array of official forecasts coming out of Washington’s own “defense experts” saying China is planning to double its current nuclear warhead stockpile over the next decade. Most current estimates range from 200 nukes in possession of China on the lower end to 300 or more, with over 600 projected for the near-future. This in comparison to the United States some 3,800 nuclear warheads, including a range of 800 ballistic missiles and aircraft capable of delivering them.

Elsewhere in the column, GT suggests that by seeking to bolster its missile and radar capabilities off southeast Asia via friendly ‘partner countries’ the US and its regional allies are actually “burning themselves”. It’s here that the Beijing mouthpiece newspaper warns that any rapid expanse in Chinese nuclear capabilities will ultimately be the fault of Washington planners…

Chinese analysts said China has never taken aim at US military spending, nor does China want to engage in any form of arms race with the US.

But the US has applied greater military pressure on China, sending warships and warplanes at an increasing frequency to the South China Sea and Taiwan Straits.

The US is also preparing what US media called its “biggest navy exercise in a generation with 25,000 personnel across 17 time zones,” as it’s preparing for a “possible conflict” with China and Russia.

“How could the US be overtaken if it spends more on defense than the next 10 countries combined?

The op-ed then goes on state the consequences of this current path of escalation to be potentially triggered by Congress passing the mammoth, China-centric defense budget – set to be taken up Friday. “Considering that the US deems China its top imaginary enemy, China needs to increase the quantity and quality of nuclear weapons, especially submarine-launched ballistic missiles, to effectively safeguard its national security, sovereignty and development interests, Song Zhongping, a Chinese military expert and TV commentator, told the Global Times on Friday,” GT continued.

And further: “Some military experts said China should increase the number of its most advanced intercontinental ballistic missiles (ICBM), the DF-41, which has the longest operational range among all Chinese ICBMs,” GT writes. This is to also include expanding plans for weaponizing space, and increasingly considering regional US partner countries like Australia, Japan, or even India to be threats to which China must react.

Facing a serious strategic threat from the #US, #China was urged to increase the number of nuclear weapons, especially its sea-based nuclear deterrent of intercontinental submarine-launched ballistic missiles, Chinese military experts said. https://t.co/GWiya9iXLm

Of interesting note in particular is the Chinese state outlet’s language and emphasis on the new Biden defense budget being based on a “top imaginary enemy”.

It seems we’re in a situation (with echoes of the Cold War no doubt) of mutually contemplated rapid nuke and defense spending expansion being fueled on either side by assessing the “enemy” in a way that’s akin to gazing at carnival funhouse mirrors.

The US says “look at China, spend more!”… to which China says, “look at what the US is doing in reaction to us ‘appearing’ scary and threatening to them! let’s in turn spend more!”… on and on it goes, regardless of which “threat” or imagined appearance is the “real” one. And everything is distorted leading to self-projected and self-fulfilling prophesies in this ‘super power funhouse mirrors’ foreign policy carnival of threat inflation with very real disastrous consequences looming.

“The Demand For Random Crap Suddenly Vanished, Taking Everyone By Surprise” 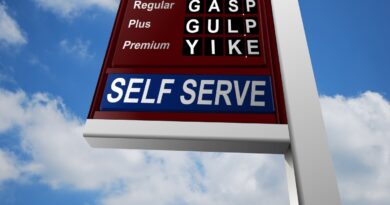 Biden asks Congress to suspend federal gas tax for 90 days – WHY NOT PERMANENTLY?