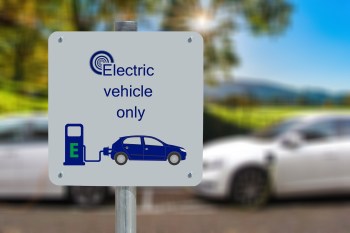 Recently, the environmental community and its allies in the media were in a tizzy over the change of two members of Exxon Mobil’s board of directors.

The event, which was imagined and portrayed to be seminal in the struggle against affordable energy, boils down to this: Two very competent former CEOs were replaced by two slightly less experienced and less accomplished former senior executives from … (wait for it) … two refining companies.

The vote was pretty straightforward, with financial firms BlackRock and Vanguard throwing their weight behind replacing one old White guy from the tech sector (Sal Palmisano from IBM) with a different but same old White dude from the refining sector (Greg Goff formerly from Tesoro) and one African-American guy from Merck (Ken Frazier) with a Finnish woman who was previously an executive vice president in a petroleum refining and marketing company and is now an executive at the very swampy Carlyle Group.

If you’re like me, you may be having trouble understanding why the environmentalists took a victory lap.

They want to pretend that the change is meaningful because it makes a good storyline.

More importantly, they want you to avoid noticing the role that BlackRock and Vanguard played in this drama.

BlackRock and Vanguard don’t actually care about the performance of the companies in which they invest. They make money on things like taking over the private equity activities of CalPERS, the California state pension system.

That’s why it is important for BlackRock ($8.6 trillion under management) and Vanguard ($7 trillion) to keep being the bag men for the much smaller but much more politically active CalPERS and New York pension funds of the world.

It is all about the cash.

For the environmentalists, too, it is about the cash. The environmental community needs to keep showing donors that “progress” is being made, irrespective of the reality.

The environmentalists know that there is no way, absent some significant and fairly immediate technological breakthrough, that the U.S. economy can achieve net-zero greenhouse gas emissions without significant and painful dislocations.

The energy sector is slow to change. In 1995, about 80% of our primary energy was produced by traditional fuels such as oil and natural gas, according to the federal Energy Information Administration. Twenty-five years on, in 2020, that number was … 79%.

Multiple studies have concluded that to fully electrify the economy, which is a prerequisite to net-zero emissions, we would need about twice as many power plants, almost all of which would have to be solar or wind-powered.

We also would need to double or triple the size of our high-voltage transmission system. To meet net-zero requirements, we would in essence need to rebuild the entire system, and then build another one equal in size and complexity in the next 25 years or so.

We would also need to sell nothing but electric vehicles by 2035. Leaving aside questions about consumer choice, an all-electric fleet would leave us dangerously dependent on communist China, which currently mines, processes, or controls about 80% of the critical minerals necessary to make the batteries that power such vehicles or store power for our electricity system.

For purposes of comparison, at the top of our oil dependence, we imported less than 25% of our oil from the Middle East.

The Biden administration knows all this, which is why it has hesitated to offer a clear plan for reaching net-zero emissions by 2050.

The Exxon board of directors — including the new kids — knows all this as well. They have judged that a massive transition in such a timeframe and with limited and perhaps no public support is unlikely to happen.

In surveys, about a third of voters routinely answer that they don’t want to pay anything to address climate change.

The environmentalists know all this, too. But pressure from donors gives them the incentive to pretend that none of it matters.

So, instead, they focus on mostly meaningless things like which former corporate apparatchik is going to have a nice title, make a bunch of cash, and go to board meetings in nice places.

That will, of course, ultimately make no difference.

The addition of two new directors from the refining sector is not going to change a single thing about the way Exxon goes about its business. Nor should it.

Teaching Self-Sufficiency to Our Kids Via Gardening 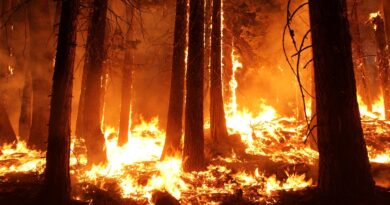