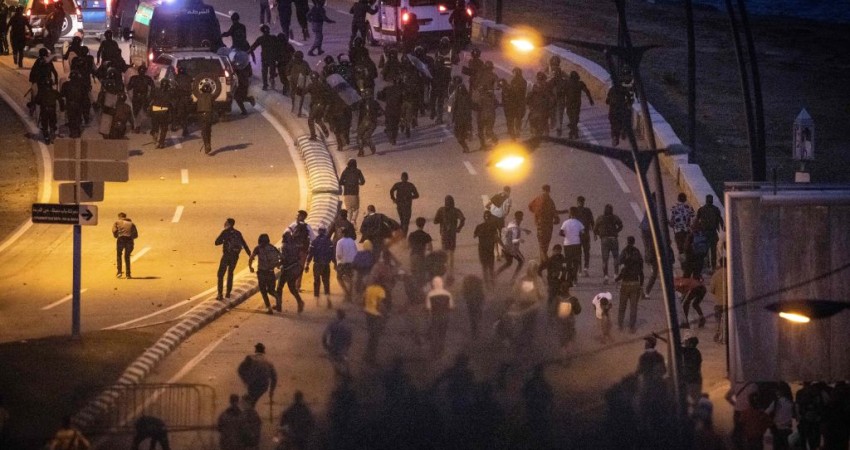 A leading figure in Alternative for Germany, tipped for victory in a German election this week, Gunnar Beck is attacking the EU’s ‘deeply dangerous’ migration pact before it’s enacted under cover of a feelgood summer.

As Germany’s ‘super election year’ focuses on the state of Saxony-Anhalt this Sunday, the disruptors in the nation’s biggest opposition party, Alternative für Deutschland (AfD), are poised for a shock win as its anti-immigration message resonates in the heartlands of former East Germany.

Sitting top of the most recent INSA opinion poll with 26% and having just announced its two lead candidates for September’s federal elections – both supporters of a hard line on immigration – AfD is not about to soften its message.

Senior AfD figure and Euro MP Gunnar Beck said a strong election result would prove a useful weapon in his party’s battle against the European Union’s controversial proposed Pact on Migration and Asylum that looks to enlist its members in a centrally-run redistribution of asylum seekers across the bloc.

“I have myself been working on the EU migration pact for some time and for me the enactment of such a pact would be disastrous,” Beck told RT.com. “Because the EU not too long ago was talking about importing up to 70 million Africans into Europe by 2035. In my humble opinion this is not what we need to modernise our economy.

“And while the figure seems high, when the members of our migration pact campaign – including delegates from Denmark, Estonia, France and Belgium – met with the Commission just last year, that migration figure was brought up but no one at the Commission chose to deny it. “

Visit our store now before the sale ends!

That suggestion of actively encouraging inward migration to the EU has been floating around Brussels for a while, as governments across the bloc look at ways to address the phenomenon known as the ‘greying of Europe’ where ageing populations aged 65 or older and low birthrates pose ‘considerable social, economic and political challenges in countries such as Germany and Italy’ according to the Pew Research Center, a Washington-based think tank.

Some politicians, such as former European Commission President Jean-Claude Juncker believe an influx of younger workers from Africa is the solution.

Meanwhile, the migration pact currently appears stuck in parliamentary committees, the received wisdom is that it’s being deliberately stalled until the outcome of the German federal elections is known in September.

Beck suggests an alternative reason for the unusual delay.

“It’s not gone through all the committees in the European Parliament and the negotiations of the Council [of Europe] haven’t started but I think the EU would like to push the legislation through from July onwards,” he said.

“Now that all the countries are phasing out the lockdown and people are generally feeling better about themselves and able to leave their homes again. So the possibility is that they’ll try to use the general feelgood atmosphere – summer combined with corona relaxations – to push ahead with this deeply dangerous legislative package,” Beck said.

And maybe Beck’s right. Because the European Parliament’s final plenary session is early July and then it doesn’t sit again until mid-September. If the pact proposals are put to MEPs in July and inevitably passed, there is plenty of time for it to lose its sting over the extended summer break. It will be just like it was there all the time.

That should play well for AfD in the federal elections, which are slated for September 22, but Beck is not so sure.

“It’s possible that migration will become an important issue in the federal election,” he said. “And the EU migration pact to those of us in the EU delegation is an important campaign but whether that can be turned into an election campaign is a different story.”

Nevertheless, a win on Sunday for AfD would indicate that despite a huge surge in Green Party popularity nationwide, Germans are interested in more than climate change, particularly in states such as Saxony-Anhalt, home to one of Germany’s three main coal mines. A recent poll there found that climate change was considered important by just 6% of respondents, whereas a national survey found 75% of folk were concerned for the planet.

Observers liken the voters of Saxony-Anhalt – which has a population of 2.2million – to those ‘left-behinds’ who Donald Trump wooed, and the so-called ‘Red Wall’ voters in the UK who felt their traditional party no longer represented them. Beck agrees.

“The election this week will probably be the first time that we become the strongest single party and that will be a huge success,” he said. “There’s widespread dissatisfaction in east Germany about the state of politics in this country and that dissatisfaction can translate very frictionlessly into increasing support for the AfD because our party is not stigmatised there. In west Germany it’s distinctly more difficult there. The campaign to stigmatise us has been more successful and some of the other parties profit from that dissatisfaction. But not us.”

Those efforts to discredit a party, which would most likely sit alongside the Conservative right in the UK, take a huge electoral toll. Despite coalitions being commonplace in Germany, no one dares buddy-up with AfD.

So, despite topping last week’s poll in Saxony-Anhalt, even if AfD wins the greatest vote share on Sunday, it will be relegated to the opposition benches, thanks to a cosy three-party so-called ‘Kenya’ coalition agreement between the Greens, Social Democrats and Christian Democrats, nicknamed as such because their respective party colours of green, red and black echo the African nation’s flag.

But an AfD victory will have some impact. It would prove no small embarrassment to the ruling establishment, particularly the CDU, who will be facing September’s elections without Angela Merkel and face their own internal battles as some members urge a tilt towards the right under the leadership of charisma-free Armin Laschet.

At least for the time being, however, AfD will take the win and, while it will irk the party to be denied the seat of power, at least its supporters can be sure that they are making a difference. 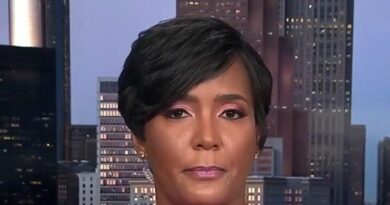 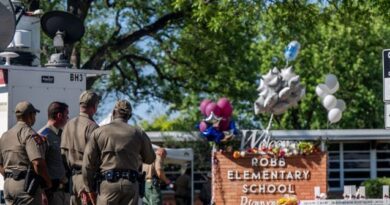