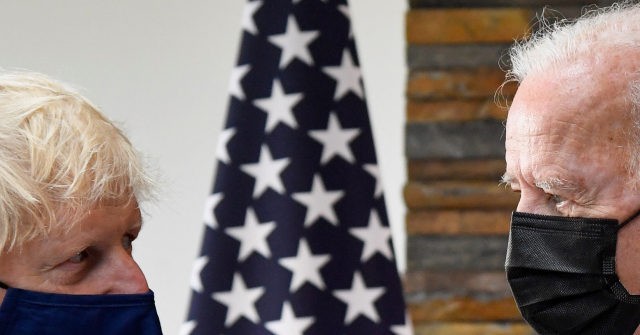 Speaking at the G7 Summit in Cornwall, England, on Thursday, Prime Minister Johnson said: “It’s wonderful to listen to the Biden administration and to Joe Biden because there’s so much that they want to do together with us — on security, on Nato, to climate change.”

“It’s fantastic. It’s a breath of fresh air,” Mr Johnson said, according to The Telegraph.

This is not the first time Prime Minister Johnson referred to the Biden presidency as “refreshing”, suggesting a contrast to his feelings towards his relationship with former President Donald J Trump, whom Johnson had once declared “unfit to hold the office of the President of the United States”.

Following the November 2020 election, Mr Johnson had described his first telephone conversation with President-Elect Biden as “refreshing”, naming one of the “merits of the excellent conversation” as the pair’s agreement “to work together in the fight against climate change” and to “stick up for NATO”.

During Mr Trump’s presidency, the Republican had criticised NATO members for failing to make the minimum spend on defence, leaving the United States to pay the most into the Western security alliance — criticism that later prompted European nations to recommit to the two per cent of GDP spending.

Post-inauguration, President Biden and Prime Minister Johnson had held several conversations where they expressed their desire to tackle agendas such as “combating climate change”, including a green alternative to China’s Belt and Road.

“I’m not going to disagree with the President on that, or indeed on anything else, it is highly likely,” said Boris, not long after the Biden administration had suggested Britain should submit to the EU on Northern Ireland https://t.co/G01m46m77a

While in February, the prime minister appeared to take a swipe at the former president by claiming that “America is unreservedly back” under the Biden presidency, and said he was “delighted that America under President Biden’s leadership has rejoined the Paris [climate] Agreement”.

However, the “deep” relationship between the UK and the U.S.’s current leadership had been tested, notably over the president’s opinion on the UK leaving the EU; unlike Biden, Anglophile Trump was an avid supporter of Brexit and had hoped to sign a bilateral trade deal between the U.S. and UK — plans which appear to have taken a backseat under his successor.

There is also a rift over the post-Brexit arrangements regarding Northern Ireland — a country in the United Kingdom that shares a land border with EU member-state the Republic of Ireland.

The Northern Ireland Protocol seeks to prevent a border on the island of Ireland, with President Biden warning that the post-Brexit arrangements should not jeopardise the Good Friday (Belfast) peace deal.

The BBC reports that Biden is said to have “deep concern” over the Northern Ireland situation, though Mr Johnson told the broadcaster that “No, the president didn’t say anything of the kind.”

Mr Biden had previously set the tone for his relationship with Ireland and the United Kingdom, when in November he refused to speak to the UK’s national broadcaster, saying in response to a reporter asking for comment: “The BBC? I’m Irish.”

President of Britain? Biden Formally Reprimands Boris for Not Caving to EU https://t.co/2KRrP8b8z6 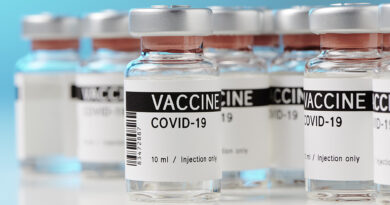 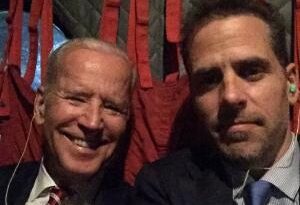