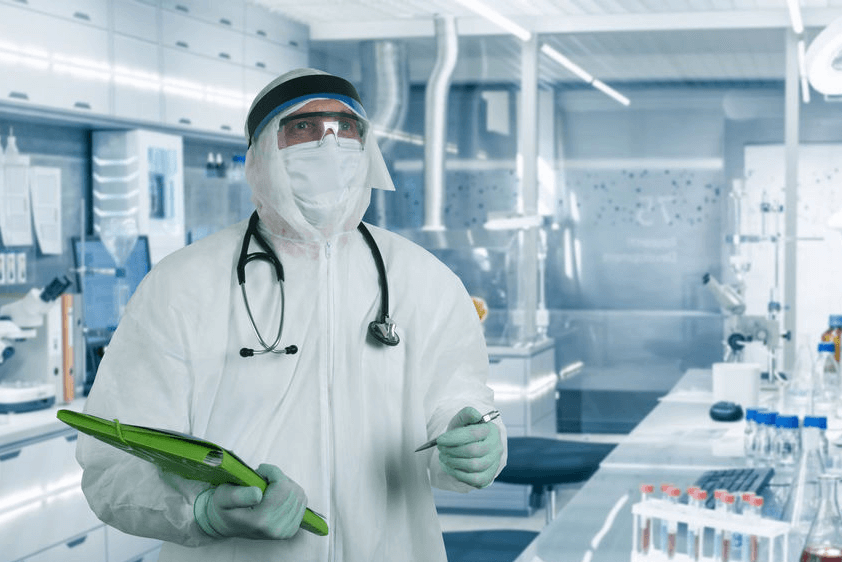 At the end of the day this is what the ministry of health (NSW) put out. We just deal with what we are told by the ministry. We have guidelines as usual that we need to follow.

But first some Background on the COVID-19 Test

The reverse transcriptase quantitative polymerase chain reaction (RT-qPCR) test used to identify those people infected with the SARS-CoV-2 virus uses a nasal swab to collect RNA from deep within the nasal cavity of the individual being tested. The RNA is reverse transcribed into DNA and amplified through 40 or more cycles, or until virus is detected. The result is reported as a simple “yes” or “no” answer to the question of whether someone is infected.

Thomas confirms that the number of amplification cycles used in New South Wales range from 40-45. Once a positive test is obtained the sample undergoes genomic sequencing to find the particular strain.

This is very interesting to actually have this number of cycles confirmed as any test with a cycle threshold (CT) above 35 is too sensitive. The test’s threshold is so high that it is said to detect people with the live virus (for which we have no evidence of its isolation ) as well as those with a few genetic fragments left over from a past infection that no longer poses a risk.

According to Reiner Fuellmich, a leading German lawyer and one of four members of the German Corona Investigative Committee:

Not only are PCR tests expressly not approved for diagnostic purposes, as is correctly noted on leaflets coming with these tests, and as the inventor of the PCR test, Kary Mullis, has repeatedly emphasized. Instead, they’re simply incapable of diagnosing any disease.

David asked Karagiannis if he was familiar with the Corman Drosten review report which features 22 scientists who refute the PCR methodology.

David offered to send the scientist a copy however Karagiannis declined the offer:

Don’t send me anything I won’t read it . We just do what we are told by the Ministry. We have guidelines as usual that we need to follow.

This paper (hereafter referred to as “Corman-Drosten paper”), published by “Eurosurveillance” on 23 January 2020, describes an RT-PCR method to detect the novel Corona virus (also known as SARS-CoV2). After careful consideration, our international consortium of Life Science scientists found the Corman-Drosten paper is severely flawed with respect to its biomolecular and methodological design.

A detailed scientific argumentation can be found in our review “External peer review of the RTPCR test to detect SARS-CoV2 reveals 10 major scientific flaws at the molecular and methodological level: consequences for false positive results”, which we herewith submit for publication in Eurosurveillance.

Background to the Drosten PCR test

At the beginning of January of 2020, based on this very basic knowledge, Mr. Drosten developed his PCR test, which supposedly detects an infection with SARS-COV-2, without ever having seen the real Wuhan virus from China, only having learned from social media reports that there was something going on in Wuhan, he started tinkering on his computer with what would become his corona PCR test. For this, he used an old SARS virus, hoping it would be sufficiently similar to the allegedly new strain of the coronavirus found in Wuhan. Then, he sent the result of his computer tinkering to China to determine whether the victims of the alleged new coronavirus tested positive. They did.

And that was enough for the World Health Organization to sound the pandemic alarm and to recommend the worldwide use of the Drosten PCR test for the detection of infections with the virus now called SARS-COV-2. Drosten’s opinion and advice was – this must be emphasized once again – the only source for the German government when it announced the lockdown as well as the rules for social distancing and the mandatory wearing of masks.

Scientists, politicians and others should not just follow orders. This is not a killer virus. 99.9% of people under 65 survive the virus. This injection is not saving lives. Thousands of people have died worldwide or been seriously injured following this injection (gene therapy).

This has to stop NOW!

No actually the US Empire is still the Power to criticize