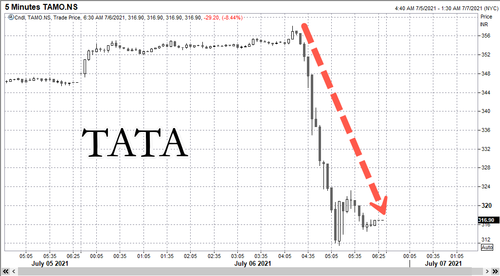 While there was hope the ongoing semiconductor pain would subside for the auto industry in the second half of the year, shares of Tata Motors, the parent of luxury carmaker Jaguar Land Rover (JLR), crashed Tuesday after it warned: “shortages will continue through to the end of the year and beyond,” according to The Economic Times.

Tata shares trading on the National Stock Exchange of India plunged 10% but recovered some losses and closed down 8.50%.

“The present semiconductor supply issues represent a significant near-term challenge for the industry which will take time to work through but we are encouraged by the strong demand we see for when supply recovers,” said Thierry Bollore, chief executive officer, JLR.

“We are taking strong steps to ensure the security of our supply chain for the future, working with our suppliers and chip manufacturers directly to increase the visibility and control over the chip supply for our vehicles,” Bollore said.

JLR expects the chip shortage to diminish in the second half of the year. “However, the broader underlying structural capacity issues will only be resolved as supplier investment in new capacities comes online over the next 12-18 months, and so we expect some level of shortages will continue through to the end of the year and beyond.”

The ongoing global chip shortage could result in a 50% decline in production for JLR in the September quarter as sourcing continues to become an issue.

“Jaguar Land Rover (JLR) retail sales for the three-month period to 30 June 2021 were significantly up year-on-year, reflecting the continuing recovery in demand from the Covid 19 pandemic, particularly compared to a year ago. However, wholesales in particular were lower than demand would have permitted due to semiconductor supply issues affecting the global auto industry,” Tata Motors added.

Resolving JLR’s chip shortage could be a 2022 story and result in lower production this year.

Some believe semiconductor pain for the auto industry could be in the beginning innings of subsiding in the second half of this year as car chip vendors are expected to increase production in the coming months.

New COVID at-home test dangerous and misleading: but everybody’s doing it, so who cares, right? 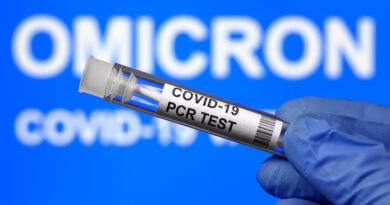