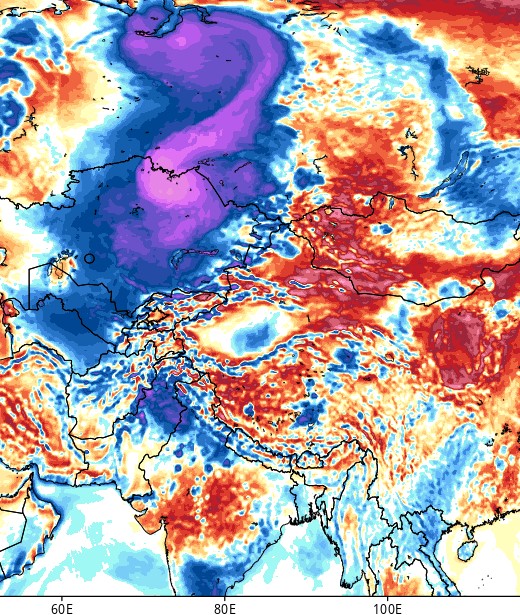 Record-setting COLD does’t suit the AGW agenda, this is clear — mainstream reporting on such climatological phenomena is very reluctant, and always comes with the caveat that “climate change” is the root cause.

Polar outbreaks that sweep western nations do receive some MSM coverage (such as we saw during Texas’ historic freeze during which 702 people died); however, this is only because hundreds of millions of westerners will be physically feeling the cold, and looking for answers — believe me, if the likes of CNN felt they could get away without documenting Texas’ deadly February freeze, then they would.

The MSM has made it their mission to paint the world as a flaming inferno.

To achieve this, CNN (who were recently caught saying they can “milk climate change for at least another few years”), routinely cherry-pick pockets of heat while ignoring historic bouts of anomalous cold — if a freeze doesn’t directly impact westerners then the MSM can leave it unreported, which means their readers/viewers never receive a balanced view of Earth’s climate.

This calculated approach is responsible for stirring-up ‘climate hysteria’.

People are’t getting both sides of the story.

They are being propagandized.

And the weather in Siberia is a good case in point.

The mainstream media was all-too keen to point out Siberia’s recent heatwave, running irresponsible headlines such as “Climate Change is Frying the Northern Hemisphere“, but where were these charlatans during Russia’s historically frigid winter?

Back in December, an immense mass of Arctic cold gripped 80+ percent of the 17.1 million km² transcontinental nation, cold that then only expanded and intensified as the winter season progressed.

Siberia wound-up suffering one its coldest starts to the year on record.

Temperatures across the vast Asian region held more than 20C below the seasonal average as Arctic air rode anomalously-far south on the back of a weak and wavy meridional jet stream flow: lows of -50C (-58F) and even -60C (-76F) swept the region for long periods–readings among the lowest-ever recorded in the Northern Hemisphere.

Asia’s prolonged winter chills led to both food and energy prices soaring to record highs. They also resulted in thousands of reindeer starving to death on Russia’s Yamal Peninsular due to the animals’ forage being locked under unusually thick ice this year (and where was CNN when members of a scientific expedition to the area called for “new urgent ideas to rescue herding in the region due to an increase in periodic glaciation”?).

The MSM will soon fall silent re Siberia, for the reasons highlighted above — the heatwave is subsiding, and record cold now looms over the vast Russian province.

Looking at the latest GFS run (shown below), a stark shift is on the cards as a violent buckling of the jet stream drags extreme polar cold unusually-far south.

The chill has already taken hold in the far north; but by the end of the week, anomalous cold will have engulfed many eastern areas, too.

And then eyeing further ahead still, and into next week, temperature departures will tumble some 20C below the seasonal average across central Asia:

These departures from the norm are set to deliver record low temperatures as far south as Mongolia.

Additionally, rare bands of heavy summer snow are forecast to stretch all the way down to western China:

Rare summer snow fell across China’s higher elevations last year, too, including in the Qilian Mountains.

The towns of Huangcheng, Mati, Kangle and Dahe were among those blanketed by the unusual snowfall, which “amazed netizens (users of the internet)”, reported chinadaily.com.cn at the time.

Similarly, the MSM were ‘caught out’ by Siberia’s switch from record heat to record cold last year, too.

Fear laden articles such as “The Arctic Is On Fire, and We Should all Be Terrified” were being published even as Verkhoyansk –the town at the heart of the media’s heat-induced tizzy in June, 2020– was experiencing rare summer snow.

Seldom reported is the fact that this region of the planet is accustomed to drastic swings in temperature — the mercury regularly holds below -50C (-58F) in winter and above 30C (86F) in summer–and the town Verkhoyansk, it turns out, has long-held the record for having the greatest temperature range on Earth (another fact the MSM deliberately keeps from the masses).

The post The MSM falls silent as Siberia shifts from Record Heat to Record Cold appeared first on Electroverse. 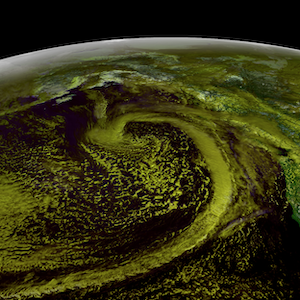 What Was the Holodomor? Americans Could Soon Find Out Firsthand 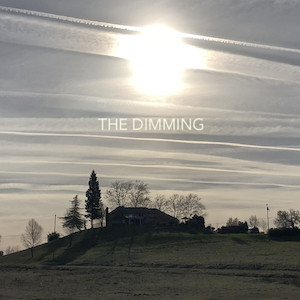