(A hat-tip to Stephen Lendman, 85, a fellow ethnic Jew fighting the Communist covid hoax.)
“Instead of explaining that covid is renamed seasonal flu and that differences among variants are too minor to matter, the public throughout the West is carpet-bombed with fear-mongering fake news that’s all about pushing people to be jabbed with toxic drugs designed to destroy health and kill.”
“They seek control over planet earth, its food supply and other resources, along with all aspects of our lives — with diabolical aims in mind, including abolition of what remains of personal freedoms, ruler-serf societies replacing what once existed.”
Lambda Scariant Fake News
by Stephen Lendman
(henrymakow.com)
It was just a matter of time before another flu/covid scariant was introduced as part of US/Western fear-mongering mass deception to try convincing refusniks to be jabbed with Pharma created toxins.
According to the pro-mass-jabbing Gavi Vaccine Alliance, a so-called lambda scariant “ripped through Peru and is now spreading globally (sic).”
Stopping short of calling it more dangerous than other flu/covid scariants, Gavi claimed that “Peru has the highest number of (flu/covid) deaths per capita (sic).”
Reported numbers in the West and elsewhere are greatly exaggerated.
It’s part of a made-in-the-USA fear-mongering campaign to get maximum numbers of people to self-inflict harm from toxic flu/covid jabs.
The WHO is part of the diabolical scheme — in cahoots with US and other Western regimes.
It dubiously called lambda a “global (scariant) of interest (sic), claiming:
“Lambda has been associated with substantive rates of community transmission in (29) countries (sic), with rising prevalence over time concurrent with increased (flu/covid) incidence (sic).”
According to Gavi, “(m)any scientists (sic) speak of lambda’s ‘unusual combination’ of mutations (sic), which may make it more transmissible (sic).”
Note: In 2000, Gavi was launched with $750 million in seed money from the pro-toxic mass-jabbing Bill and Melinda Gates Foundation.
Gates and likeminded globalists support mass-elimination of unwanted people worldwide — what toxic mass-jabbing is all about. 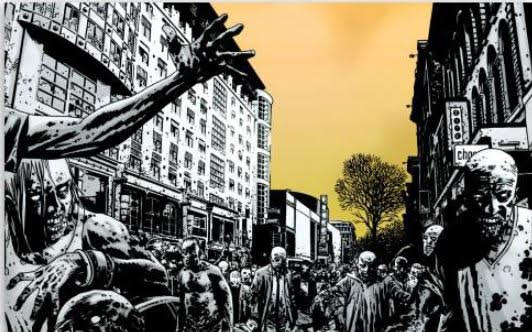 They seek control over planet earth, its food supply and other resources, along with all aspects of our lives — with diabolical aims in mind, including abolition of what remains of personal freedoms, ruler-serf societies replacing what once existed.
The World Economic Forum (WEF) US/Western front group with complicit partners for destroying what remains of free and open societies worldwide jumped on the lambda scariant bandwagon, saying the following:
“From transmissibility to severity, Everything you need to know about lambda” is as follows:
“(F)ound in 29 countries…(it) contains many mutations (sic), which could increase transmissibility and severity (sic), reduce susceptibility to (flu/covid jabs) (sic), and confound diagnostics (sic).”
In mid-June, the “WHO declared lambda a “global (scariant) of interest (sic).”
Days later, “Public Health England…designat(ed) it a “(scariant) under investigation (sic)” because of its “international expansion and several notable mutations (sic).”
The WEF claimed that “mutations make it easier for lambda to bind to our cells (sic) and make it harder for our antibodies to latch onto the virus and neutralize it (sic).
“(W)hat evidence do we have that these mutations make lambda more dangerous than the original coronavirus?” None!
“There are no published studies on the lambda (scariant)…just a handful of preprints – (unpublished)  papers that have yet to be subject to (scientific) peer review…”
In early July, the pro-toxic mass-jabbing NYT reported that “a growing drumbeat of news coverage has started to raise alarm about (a) lambda” scariant (sic), adding:
Its “prevalence and mutations, which resemble those found in several other highly contagious or worrisome (scariants), mean that it is worth watching (sic).”
It’s another US/Western fear-mongering tool.
Like other flu/covid scariants, it’s all about scaring refusniks to be jabbed with what irreversibly harms health instead of the other way around.
At this time, Delta is the dominant scariant.
If it fails to scare enough refusniks to get jabbed, a scarier scariant will likely appear to push harder than already.
Most concerning is the threat of health passports if mandated for employment, education, air travel, other public transportation, hotel reservations, restaurant dining, in-store shopping, attending a sporting or other public event, and other social interactions — perhaps even for admittance to hospitals and other medical treatment.
Will daily lives and routines no longer be possible without proof of flu/covid immunity — not gotten from jabs?
Is what was inconceivable pre-2020 becoming the diabolical new abnormal throughout the West and elsewhere?
It’s the wrong time for huddled masses yearning to breathe free to fulfill their lifelong dreams — in nations with regimes plotting destruction of public health and mass-extermination of unwanted people.
=====================
VISIT MY WEBSITE:  Contact at lendmanstephen@sbcglobal.net.
“How Wall Street Fleeces America: Privatized Banking, Government Collusion, and Class War”
—
Related – Tim Fitzpatrick – Anti Zionist Lendman is Trostsky Controlled Opposition
Lendman is betraying his supposed Communist loyalties with opposition to covid.
Share on Twitter Share on Facebook Share on WhatsApp Share on Reddit Share on Pinterest Share on LinkedIn Share on Telegram Share on Pocket Share on Email