The world runs on dogma.

The “climate crisis” is just the latest article of faith. It has no grounding in science. It is a political weapon.

But its time is almost up…

Arctic Summers were warmer back in the 1950s/60s

We are mid-way through summer in the Arctic, and the region’s official dataset –maintained by the Danish Meteorological Institute (DMI)– reveals that temperatures have been running below average ALL season.

Looking at the below chart, daily mean temperatures in the Arctic have been holding below the 1958-2002 average (yellow line) for the entirety of this melt season–so far, barely climbing above the 273.15K (0C) mark (blue line):

These colder than average Arctic temperatures mean any losses in ice ‘extent” this year can only be attributed to other causes –such as wind direction/speed etc.– and for this reason, many scientists consider ‘volume’ a far better metric when measuring the health of an ice sheet (extent is considered far too variable).

And as of July 18, Arctic sea ice volume (aka thickness) is comfortably within the normal range:

Additionally –and not meaning to go off on too much of a tangent here– but if MSM fear-mongerings of ‘ice loss’ and ‘catastrophic sea-level rise’ keep you awake at night, then turning your attention to the Antarctic should ease those masterminded anxieties.

Antarctica holds 90% of earth’s freshwater, and the icy continent has been found to be GROWING in mass –at a rate of ≈1 percent per decade since 1979, according to NSIDC data– an increase which is offsetting the smaller losses registered by its northern cousin — click below for more on that:

Proving that the Arctic was warmer in decades past is the historical DMI datasets–namely the ‘daily mean temperature of the Arctic area north of the 80th northern parallel’.

This documentation runs back to 1958, and, as explained by the DMI on their website, it uses the ERA40 reanalysis from ECMWF to calculate daily mean temperatures for the period from 1958 to 2002, with 2002-to-present utilizing the operational model from the ECMWF.

What the reanalysis reveals is that the Arctic summers were warmer during the 1950s and 1960s than they are today — below are the years 1958 and 1959, the first two years in the dataset:

Comparing these years to 2021, it is clear that Arctic summer temperatures are running colder this year:

The story is the same when comparing ALL years throughout the 1960s –and even the 1970s– to the majority of recent years, too — and below are two more years selected at random (you can check the data for yourself HERE):

…however, for substantial ice losses to occur, temperatures during the melt season (aka summer) are the crucial factor to consider. That horizontal blue line (in the numerous temp charts above) and the red line (in the historical chart directly above) is key — any reading below “0” indicates freezing conditions, i.e. no ice loss–at least not any that can be directly attributed to temperature.

Remember those catastrophic “ice free” predictions of times past?

Well, cooling polar summers have put pay to every single one of them.

The Arctic should have been ice free by the summer of 2013:

Needless to say, NONE of these dire predictions materialized; instead, summer temperatures in the Arctic are currently cooler now than they were during the ‘global cooling’ scare of the 1960s/70s.

Climate alarmists have their beliefs grounded in dogma –whether they know it or not– and this is the reason that their “tipping point” prophesies continue to uneventfully pass by, year after year, decade after decade:

And while a –slightly- warming Arctic has indeed been the overarching trend in recent years, it is actually one of the phenomenons predicted to occur during bouts of otherwise ‘global cooling’.

Overall, Earth’s temperature trends colder during a Grand Solar Minimum (GSM) as the Sun’s output drops off a cliff. However, not ALL regions experience the chill. As with the previous GSM (the Maunder Minimum 1645-1715), areas such as the Arctic, Alaska, and S. Greenland/N. Atlantic actually warmed while the rest of the planet cooled — NASA reveals this pattern in their Maunder Minimum temperature reconstruction map:

Events are currently playing out exactly as predicted.

My advice, as always, is to prepare for the next Grand Solar Minimum/Magnetic Excursion.

The Arctic was warmer in the 1940s, too — for more on government data-tampering and Arctic obfuscations, click the article linked below:

The post DMI datasets reveal Arctic Summers were warmer back in the 1950s/60s appeared first on Electroverse. 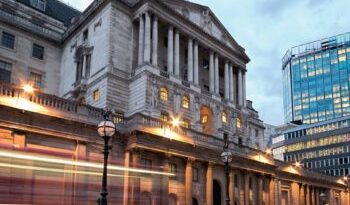