Pope Francis has finally restricted the use of the Latin Mass, a form of the liturgy favored by traditionalist Catholics. The revolution that many feared in the Catholic Church has suddenly occurred as the heretical Jesuit Pope reformed the legislation governing the Tridentine Mass, also known as the Traditional Latin Mass (TLM), still practiced in many Catholic communities.

This Traditional Mass was completely revised after the Masonic influenced Second Vatican Council (1962–65) by Pope Paul VI (himself a Freemason) in 1969 and published for the first time in the 1970 edition of the Roman Missal.

In the middle, to the late 60s, Rome started to have the Mass said in ordinary languages rather than Latin, and in 1970, Paul VI gave us a whole new Rite of Mass called the “Novus Ordo Missae”. It is not by chance that the enemies of the True Faith who are building “a Novus Ordo Seclorum” (a New World Order) would establish “a Novus Ordo Missae” (a new order of the Mass) to destroy the Roman Catholic Church.

However, even if mainstream Catholics also use the term “Novus Ordo Missae, “some regard it as a pejorative. Alternative terms to define this new rite include Missa Normativa, Mass of Pope Paul VI, Pauline Mass, Vatican II Mass and Post-Conciliar Mass. Pope Paul VI said on May 24, 1976, that: “The New Ordo has been promulgated to replace the old after mature deliberation and in order to fulfill the Council’s decisions”, referring, of course, to the Second Vatican Council, also called Vatican II.

In 2007, Pope Benedict XVI, who wanted to bring back into the fold those traditional communities who still practiced this Mass like the Lefrevians of the Priestly Fraternity of St. Peter (FSSP) and others issued the motu proprio, Summorum Pontificum, accompanied by a letter to the world’s bishops, authorizing once again the use of the Tridentine Mass, also outside of such restricted communities, stating that these Masses “may — observing all the norms of law — also be attended by faithful who, of their own free will, ask to be admitted”.

Now, Pope Francis who like all Satanists, disliked the flourishing of the Latin Mass in the Catholic church,  and replaced and abrogated Pope Benedict’s Summorum Pontificum and the permission to use the Tridentine Mass in his motu proprio Traditionis Custodes.

Pope Francis has now given the following guidelines to his bishops:

Critics are pointing out that the motu proprio is ironically titled Traditionis Custodes (Guardians of the tradition) — when, in reality, Francis is bulldozing tradition.

I would like to make my point regarding the importance of the Latin Mass and why the Church of Pope Francis hates it so much. Once in a talk by the exorcist for the diocese of San Jose, the late Fr Gary Thomas, who was the subject of a book and a famous film called The Rite, starring Anthony Hopkins, explained why he was so strongly in favor of the use of Latin in the Rite of Exorcism:

“The Devil hates Latin, it is the universal language of the Church.”

Fr Gary Thomas said that his personal experiences as an exorcist who has performed many, many exorcisms have convinced him of this. He stated that he had heard from exorcists who did exorcisms in Italian, Spanish, and Portuguese (the only approved vernaculars for this Rite) that Latin was the most effective language.  Now I do not know where he stood liturgically in regard to the Mass, but the truth is that the Catholic Church has an official language: Latin—hence the term, “The Latin Church” and even if in the Vatican itself the daily language is Italian, all the official documents are in Latin. All of the official prayer-books, too, are published first in Latin, as are the Catechism, The Code of Canon Law, and of course, the Vulgate version of the Bible and even the Novus Ordo Missae itself was issued originally in Latin but the problem is the spiritual power generated by such prayers, and Pope Francis wants to end this power.

As I have explained in Confessions of an Illuminati vol.6.66 :

The Novus Ordo Missae, introduced in April 1969, by Pope Paul VI, the result of the Second Vatican II Council that terminated three and a half years earlier, and was officially intended to have an ecumenical nature, as declared by its chief architect, Fr. Annibale Bugnini in 1965, was aimed at the destruction of the Catholic Faith and the rise of the devil for humanity. Remember, the New World Order does not have the goal of enslaving the population physically, but rather to lead the greatest number of souls to hell.

I also explained in the same book that the Satanists who took away Latin from the Catholic Church have then adopted it for their own new Satanic Mass:

The Satanists ultimately destroyed the traditional Catholic Mass in Latin to facilitate the spread of Satanism, a policy that was ordered by the dark side of the Illuminati. That’s why they immediately took advantage of this terrible change that castrated the Catholic Church of their most powerful ritual and weapon, against the devil. Missa Satanica and Missa Nigra – the “Satanic Mass” and the “Black Mass” in Latin, that is used today by modern Satanists, came to light, and were perhaps even written, between the years 1966 to 1986.

Pope Francis and his Church are once again in league with Satan and his Legion.

How the WHO has wielded previous pandemic instruments 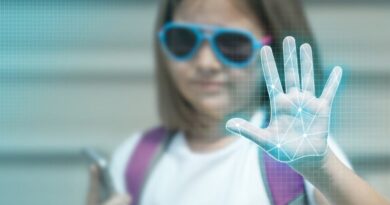