A severe freeze is currently gripping much of the Southern Hemisphere as low solar activity continues to weaken the jet streams.

A lackluster sun is decreasing the energy of the streams, reverting their usual straight ‘zonal’ flow to a wavy ‘meridional’ one, which, in the case of South Africa this week, is sending masses of frigid polar air unusually-far north.

This isn’t merely a theory (unlike AGW) — this is the reality we’re all living.

And just as easily as this wavy jet stream flow can divert polar cold to usually low latitudes, it can also ship tropical warmth to anomalously high latitudes (with the Pacific Northwest in the U.S. being the latest example).

This is the setup currently driving our planet’s weather. There is no mythical component here (aka CO2). The changes we’re witnessing are completely natural, and are caused by the sun–they are the direct result of historically low solar activity.

According to the South African Weather Service (SAWS), several “significant” locations have just seen their thermometers plunge to the lowest levels in recorded history.

At least four locales suffered their coldest ever temperatures on Thursday (July 22).

Below I’ve compiled a list (data courtesy of SAWS and thesouthafrican.com):

The town of Estcourt busted its all-time low temperature record on Thursday.

The old record had stood for almost 50 years (since the solar minimum of cycle 20), but Thursday’s reading pipped it by 0.2C.

The remote town Postmasburg –located about 170km to the east of Upington– is no stranger to chilly conditions, but when the mercury dipped to -7.5C (18.5F) Thursday night, a new lowest ever temperature was established, busting the old record by 0.3C.

Compared to others on this list, a positive reading of 5.2C (41.3F) may not seem all that; however, cold is relative, and yesterday’s low in Mossel Bay wiped 0.5C off of the town’s previous record holder — the 5.7C (42.2F) from 2008 (solar minimum of cycle 24–the weakest solar cycle and deepest solar minimum of the last 100+ years).

And lastly, we have the small town of Lydenburg which comfortably usurped its previous all-time low of -3.2C (26.2F).

SA’s cold was widespread, too.

The four record-breakers listed above occurred in four different provinces.

And as you’d expect, unusually-frosty lows were suffered elsewhere — this latest Antarctic blast was all-encompassing.

Whereas other parts of Gauteng, the Eastern Cape, and Free State continue to battle persistent cold.

A multitude of weather warnings remain in place across South Africa for Friday.

Snow has also started falling across the nation’s higher elevations:

Welcome, South Africa, to the next Grand Solar Minimum.

BONUS–and staying in the Southern Hemisphere…

The week began with Brazil’s already-shattered corn market enduring yet another blast of polar cold — one which delivered frosts to corn-producing states and raising fresh concerns about export volumes and contract breaches.

The cold wave reached its peak mid-week, and brought benchmark-busting frosts to the region.

“It is going to be a historic crop loss,” Daniele Siqueira from local consultancy Agrural told Agricensus.

Brazil’s second corn crop was initially impacted by drought-conditions during the early development stage, but now round after round of heavy frosts are sweeping much of the South American continent, and have been since June.

As a result, Agrural has again lowered its estimates of Brazil’s corn crop output to 59.1 million mt in early-July –down a whopping 22 million mt from the initial crop potential– with the latest round of frost expected to peg these estimates back even further.

“Output losses will be extremely large across all producing states … Paraná and Mato Grosso do Sul will have no export capacity whatsoever,” said Siqueira.

Besides volume losses, grain quality is a major concern among farmers, traders and exporters.

“Exporters seem to be cornered, having to pay a quality premium to lift corn standards to fulfill agreements and to outbid the domestic market,” said Victor Martins from Hedgepoint Global Markets.

In many cases, producers will need to blend lower quality product with high quality corn to meet export standards.

Contract breaches are another major concern.

“With this week’s frosts, odds are increasing of even more contracts being breached,” added Martins.

“This is affecting both exports and domestic deliveries … many producers had committed up to 80% of their crop in forward sales but are harvesting 30-50% less than expected and cannot purchase volumes from other producers to honor contracts.”

According to Martins, the situation is so dramatic that “there will not be any corn left in the market in September and the country will need to import much more from Argentina.”

However, there is a big problem with with that plan. Argentina, along Paraguay, Uruguay and Bolivia, are all suffering their own growing woes: as is the case in SA, these Antarctic blasts are all-encompassing, and harvest-wrecking frosts are routinely gripping growing regions ACROSS the South American continent:

With crops failing around the world –including across the U.S.— any hopes of South America ‘picking up the slack’ have long-gone out the window. This is a serious situation. Watch for skyrocketing supermarket food prices before the end of the year as historically low solar activity continues to play havoc with our planet’s weather patterns.

My advice, as always — learn to grow your own.

The MSM are not your friends in all this.

Their job isn’t to inform you, and they will not hold your hand and lead you through what’s coming.

Case in point, just look at the obfuscating headline they attach to the latest FOA global food price index: 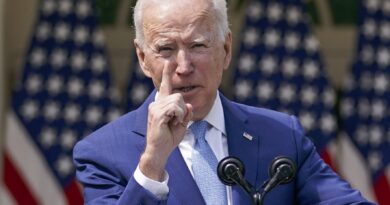 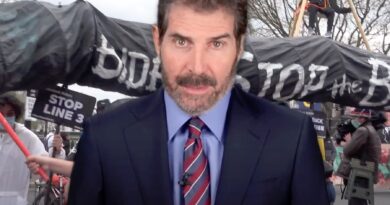 Stossel: The Real Reason For Those Soaring Gas Prices