Confirming many of the things the Dr. Rath Health Foundation has been saying for more than a decade now, Wikipedia co-founder Larry Sanger recently admitted he no longer trusts the website he created. Speaking to Freddie Sayers, host of UnHerd magazine’s show Lockdown TV, Sanger said Wikipedia now gives a “reliably establishment point of view on pretty much everything.” He added that “there’s a very big, nasty, complex game being played behind the scenes to make the articles say what somebody wants them to say.”

Wikipedia has “a lot of influence in the world,” Sanger explained. “If only one version of the facts is allowed, then that gives a huge incentive to wealthy and powerful people to seize control of things like Wikipedia in order to shore up their power.” The Dr. Rath Health Foundation has written previously about the support given by billionaire currency speculator and pharmaceutical investor George Soros to the Wikimedia Foundation, which hosts Wikipedia.

Taking eastern medicine as an example, Sanger described how this is basically dismissed on Wikipedia and referred to as ‘quackery.’ Notably, therefore, Jimmy Wales, Sanger’s former colleague and joint Wikipedia co-founder, has openly admitted that free access to health knowledge has strict limits on the site. Wikipedia’s defamatory article on Dr. Matthias Rath proves that the discrediting of natural medicine on Wikipedia extends to attacking its proponents as well.

Turning to the COVID-19 pandemic, Sanger described how Wikipedia’s articles on this topic are simply mouthing the views of the World Economic Forum (WEF), the World Health Organization (WHO), the United States Centers for Disease Control and Prevention (CDC), and various other establishment mouthpieces such as Anthony Fauci.

“There are a lot of experts out there who are not going along with the prevailing establishment point-of-view” [on the pandemic], said Sanger. “There’s a lot of Nobel prize winners, distinguished doctors, and so forth whose views are not only not welcome on Wikipedia, they are literally censored on YouTube and sometimes Facebook and Twitter.”

The answer, Sanger suggests, is that we need to move back towards a more decentralized internet. “When Wikipedia was getting started, the internet stood for a plethora of independent voices,” he says. “It was like the wild west. We trusted outlets like Facebook, and Twitter and YouTube with our data and allowed them essentially to take over the media world.”

“We trusted them with our liberty and our privacy,” says Sanger, “but they stabbed us in the back.”

Looking forward, Sanger predicts that “We are going to see more and more tools that allow people to act independently of big tech.” One such tool he already uses himself is Network-Attached Storage (NAS), a device connected to the internet that essentially functions as a personal server. Sanger uses NAS to run his microblog and believes the global process of decentralization has already started.

Given his role as one of the co-founders of Wikipedia – or, as he prefers to describe himself these days, an ex-founder – Sanger’s observations about the site’s true nature are impossible to ignore. Regardless of whatever his former colleague Jimmy Wales might want us to believe, the reality is that Wikipedia functions as a vehicle for cementing the power of the status quo. For a website that claims to be transparent and to care deeply about the quality of its work, its self-proclaimed vision – of “a world in which everyone can freely share in the sum of all knowledge” – remains starkly at odds with reality.

The post Wikipedia Co-Founder Admits He No Longer Trusts The Website He Created appeared first on Dr. Rath Health Foundation.

Doctor Who Discovered Omicron: ‘I Was Ordered To Label This Variant Serious’ 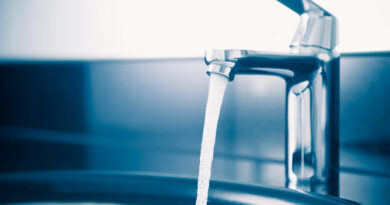