Vice President Kamala Harris is visiting Vietnam and Singapore this month, as the US is increasing focus on boosting partnerships in Southeast Asia as part of its strategy against China. A White House official told Reuters that during the trip, Harris will be pushing back against Beijing’s claims to the South China Sea.

“We do not want to see any country dominate that region or take advantage of the power situation to compromise the sovereignty of others,” the White House official said. “The Vice President is going to underscore that there should be free passage for trade, throughout the South China Sea, and no single country should disrespect the right of others.”

While Beijing has sweeping claims to the South China Sea, there’s no reason to think Beijing would want to disrupt commercial traffic in the waters considering China is a major trading partner with every country in the region.

But this argument is a common talking point from hawks in the US who think Washington should involve itself in the maritime dispute.

In recent years, the US has stepped up military activity in the South China Sea, which has only escalated tensions in the region and has done nothing to change Beijing’s stance on its territorial claims.

Harris will arrive in Singapore on August 22nd and is due to travel to Vietnam on August 21st. The trip will make her the first US vice president to visit Vietnam since the end of the Vietnam War. Secretary of Defense Lloyd Austin traveled to both countries at the end of July, where he slammed Beijing and stressed that regional countries should cooperate with the US against China.

The Office of POOFness Weekly Report: A Place for us 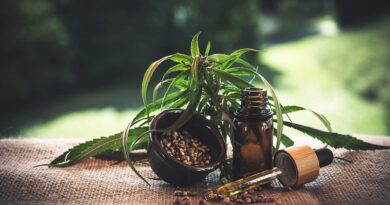 CLONING CENTERS ARE REAL./BENJAMIN FULFORD ON THE “INVASION” OF UKRAINE, A CRIMINAL STATE OF THE KHAZARIAN MAFIA/THE SATANIC KHAZARIAN MAFIA NWO, DEEP STATE, CABAL AND THEIR HISTORY/VACCINATED SMOKING AND BLEEDING FROM EYES, MOUTH AND EARS