The conversation about lithium ion batteries has been so disproportionately focused on how “green” they can help the world become, nary a word is said about the trade-offs of implementing them at scale.

Just over the last two months, we’ve written not only about how much driving needs to be done in EVs to make them better for the environment than internal combustion engine vehicles, but we’ve also noted that EV carbon footprints aren’t necessarily as better than ICE vehicles as many people think.

And it was no sooner than yesterday that we wrote a piece laying out concerns around metals used in the growing production of EV batteries. We noted that the industry was trying to solve the problem of creating a circular economy for the components, as a growing demand for EVs could eventually result in a crunch for the metals.

Today, the FT highlighted yet another risk associated with the use of batteries to story renewable energy: fire.

Citing the giant fire in Australia at one of Tesla’s giant battery installations that we recently wrote about, the report questioned the risks of lithium use to store energy. The blaze, which took three days to be extinguished, started in a shipping container holding a 13 ton lithium ion battery and then spread to a second battery pack, the report notes.

The “Victorian Big Battery” project is the largest in the country and is operated by French renewable energy developer Neoen.

“The incident comes as utilities around the world from Australia to California increasingly rely on large lithium-ion batteries to store renewable energy from the wind and the sun,” FT pointed out. These are the same types of batteries used in electric cars.

And this type of battery storage is on the rise. In fact, the market is set to grow 27x by the end of the decade. There have been a total of 38 large lithium ion battery fires since 2018, the report notes.

FT describes “thermal runway”, a term we often heard when talking about the Tesla “whistleblower” and alleged defects in Tesla batteries:

Lithium-ion batteries can catch fire after a process called “thermal runaway”, which results when a battery is overcharged or crushed. Heat as well as a mixture of gases are produced, which when released form a vapour cloud that can ignite or cause an explosion.

Paul Christensen, a professor at Newcastle University, noted the risk: “We don’t have a definitive answer of what is the best way to deal with an EV [electric vehicle] fire or energy storage fire. They [lithium-ion batteries] are essential to the decarbonisation of this planet but their penetration into society has far outstripped our actual knowledge of the risks and hazards associated with them.”

Matt Deadman, lead officer for alternative fuels and energy systems at the National Fire Chiefs Council in the UK, told FT: “It’s about cooling the batteries and you can extinguish the flame but lithium-ion batteries will produce their own oxygen as they break down — they will keep catching fire again, we just take as much as heat as we can out of them. At the moment we rely on tried and tested firefighting methods using water which is effective but it’s not a golden bullet for solving these things as quickly as you possibly can.”

But as of now, it still appears that the “pros” outweigh the “cons” for lithium ion batteries. Gavin Harper, a research fellow at the University of Birmingham, concluded: “It is essential that we don’t stifle new innovation as it is imperative that we decarbonise rapidly, but at the same time, we need to take a precautionary approach as we deploy new technologies at scale.” 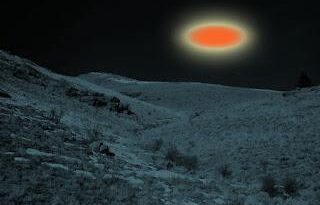