Ty and Charlene Bollinger, the husband-wife duo who have two-decades experience exposing the risks associated with harmful chemical cancer treatments, are bringing their popular video series about alternative treatments to thousands of truth seekers in their 4th annual in-person gathering for The Truth About Cancer (TTAC).

The Truth About Cancer live is a VIP Conference held at the Gaylord Opryland Resort in Nashville, TN featuring speakers such as Robert F. Kennedy Jr, Roger Stone, Pastor Greg Locke, Ty & Charlene Bollinger, Mike Adams, Randy Jackson and many other supporters of health freedom. Thousands of “health enthusiasts” and hundreds of “natural health gurus” come together at the TTAC live events to discuss the truth about cancer, vaccines, and many other aspects of natural health. This conference has become the “gold standard” for people to learn what’s happening right now in the world of natural health.

This event comes on the heels of TTAC entire YouTube being erased from the video platform by the authoritarian censors in Big Tech. TTAC’s YouTube account had millions upon millions of views addressing the very real threats posed by Big Pharma approved cancer treatments that often worsen cancer patients’ health and can even cause a swift painful death.

“The FDA has always been aggressive in shutting down alternative medicine for cancer patients and others who are facing deadly disease or illness. Working in tandem with the CDC, Big Pharma, and the media, they are able to remove vital access to information for patients who are literally on their last breath fighting cancer. We cannot wait to pull back the wool and expose the truth to a whole new audience in October,” explained TTAC co-founder Charlene Bollinger.

The TTAC live in-person event will take place at the Gaylord Opryland Resort and Convention Center. Ticket holders will not only receive DVD recordings of the convention, but also receive copies of TTAC’s popular docuseries, which normally costs $500. Tickets may be purchased here.

“Our goal is to have people walking away with a clear head and actionable information that they can use to save themselves, their friends, their loved ones. We have relied on government approved “treatments” that are merely cash grabs for Big Pharma for too long,” concluded Bollinger. 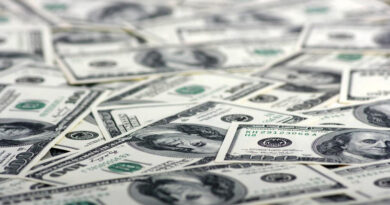 MIT Scientist and Professor on Exposing COVID-19 Vaccine Injuries: “You Have to be Careful Because You Could be Eliminated”