75% of Flu/Covid Outbreaks Among Jabbed

On July 30, WaPo cited a CDC analysis in its latest Morbitity and Mortality Weekly Report showing the following:

Flu/covid jabbed people “made up three-quarters (74%) of those infected in a massive (Barnstable County) Massachusetts…outbreak.”

The CDC found that jabbed individuals “carried as much virus in their noses as” their unjabbed counterparts.

The CDC, WaPo, and other establishment media earlier claimed that the vast majority of infections occurred in unjabbed people.

Last week, the NYT cited the CDC saying “(a)bout 97 percent of those recently hospitalized by the virus were un(jabbed).”

Walensky earlier said “(w)e are going to continue to see preventable cases, hospitalizations and, sadly, deaths among the un(jabbed).”

Days earlier in July, she warned of “a pandemic of the un(jabbed) (sic).”

The CDC and establishment media continue to falsely claim that (toxic) jabs (designed to destroy health) provide good protection against flu/covid — including against the delta scariant that’s virtually no different from other strains.

According to WaPo, based on the latest CDC update, “the viral environment just got murkier.”

An internal CDC document estimated that around 35,000 jabbed Americans had symptoms of breakthrough flu/covid infections.

As defined by the agency, they’re outbreaks in fully jabbed people 14 or more days after completing the recommended double-dose protocol.

“One of the good things about (jabs) and being (jabbed) is that you can feel confident that you are very protected against getting severely ill, being hospitalized or dying from” flu/covid (sic).

Despite nearly 70% of Massachusetts residents jabbed for the viral illness, outbreaks in the state mostly affect people falsely led to believe that jabs protect them.

Jabbed “people do not transmit the virus at the same rate as un(jabbed) people (sic).”

They’re greater spreaders than refuseniks, not the other way around.

According to Law Professor Jonathan Turley:

“The rise of corporate censors has combined with a heavily pro-Biden media to create the fear of a de facto state media that controls information due to a shared ideology rather than state coercion,” adding:

“That concern has been magnified by demands from (Dem) leaders for increased censorship, including (for) political speech, and now (is) word that the Biden (regime) has routinely been flagging material to be censored by Facebook,” Twitter and gatekeeper Google.

According to science, most people adversely affected by flu/covid were jabbed for protection not gotten.

As stressed time and again, all things flu/covid related reflect the mother of all state-sponsored, media proliferated scams.

It’s all about causing irreversible harm to health and depopulation on an unparalleled scale.

Ignore the fabricated official narrative and establishment media proliferating it.

According to Public Health England (PHE), around half of Brits who died from flu/covid death were jabbed.

The post 75% of Flu/Covid Outbreaks Among Jabbed appeared first on Stephen Lendman. 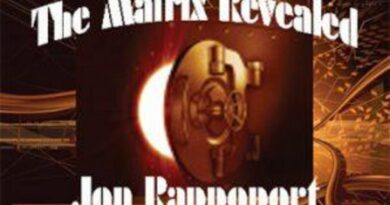