Toxic mass-jabbing fraudster/profiteer Fauci operates in cahoots with US dark forces and Pharma for self-enrichment and other diabolical aims.

Throughout his public life, he’s been indifferent toward public health, welfare and safety.

More con artist than medical professional, his agenda since flu was deceptively renamed covid is all about harming public health, not protecting and preserving it.

As National Institute of Allergy and Infectious Diseases (NIAID) director since 1984, he overseas a multi-billion dollar annual budget.

When clinical studies reach a certain point, he sells or transfers drugs to Pharma, cashing in big by splitting royalties.

The extent of his profiteering is unrevealed publicly.

He likely made tens of millions of dollars — perhaps stashing his hidden wealth in overseas tax havens to give none of it back to the IRS.

Instead of serving the public interest by combatting infectious diseases and allergies, he prioritizes self-enrichment — along with scamming the public about all things flu/covid.

On his watch at NIAID, Americans use more drugs than others abroad.

They pay twice as much or more for them than consumers in other developed countries.

Robert F. Kennedy called Fauci “a mix between (con man) Bernie Madoff, (defender of powerful interests at the expense of ordinary people) J. Edgar Hoover,” and a mafia crime boss — instead of defender of public health.

Cashing in from years of NIAID funding in cahoots with Fauci, Baylor College of Medicine’s Professor of Pediatrics and Molecular Virology and Microbiology Peter Hotez defends him indefensibly.

“The bad guys (sic) are winning, in part because health agencies either underestimate or deny the reach of anti-science forces (sic), and are ill-equipped to counter it (sic).”

“Global anti-vaccine messaging…means that more people will die and the pandemic will be prolonged (sic).”

He called for a UN “counteroffensive” against anti-flu/covid jabbing truth-tellers — opponents of health-destroying jabs.

He wants critics of Fauci and other toxic mass-jabbing proponents prosecuted for hate crimes.

On July 28, his Plos Biology paper, titled “Mounting Antiscience Aggression in the United States (sic)” slammed congressional members and other critics of Fauci and likeminded fraudsters of “disinformation (sic) designed to portray (them) as enemies.”

“(I)t would create a slippery slope as other professions (would likely) demand inclusion from reporters to ministers to physicians.”

“Hate crimes would quickly apply to a wide array of people due to their occupations.”

If supporters of medical tyranny like Hotez get their way, toxic flu/covid mass-jabbing could be mandated in the US and West.

It would endanger the health and well-being of everyone wanting what’s most precious of all protected and preserved.

Refuseniks could be denied their Nuremberg Code and constitutional right to reject toxic jabs.

He ignored state-sponsored/conventional and social media suppression of truth-telling about all things flu/covid — endorsing the fabricated official narrative that pushes destruction of public health.

Hotez and likeminded toxic mass-jabbing proponents either support maximum harm to maximum numbers of people or turned a blind eye to what’s going on.

Either way, truth-telling on this most important cutting-edge issue of our time is vital to challenge and stop medical tyranny before it’s too late to matter. 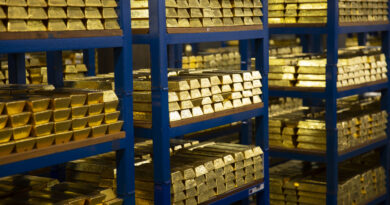