Approval is likely in September — more mandates surely coming with it to destroy health in greater numbers of people. See below.

Flu/covid jabs are bioweaponized delivery systems designed to irreversibly harm health, not protect and preserve it as falsely promoted.

It was just a matter of time before the Pharma-controlled FDA went from emergency use authorization — when no emergency exists — to approval of gene altering covid mRNA drugs and vaccines designed to eliminate maximum numbers of people .

The risk of adverse events increases greatly from follow-up jabs — the more gotten, the greater the damage to health.

Virologist Judy Mikovits explained that LNPs can penetrate the brain, risking pathologic neuro-inflammation that can cause multiple sclerosis, ALS, or other serious diseases.

Toxic spike protein in their flu/covid jabs spreads throughout the body.

It harms the spleen, liver, bone marrow, adrenal glands, ovaries and other organs.

It’s “a toxin (that can) cause damage in our body if it gets into circulation.”

Spike protein in Pfizer/Moderna jabs “cause cardiovascular and neurological damage…also reproductive toxicity (by) bind(ing) to platelet receptors and the cells that line your blood vessels.”

“When that happens, it can cause platelets to clump together, resulting in blood clots, and/or cause abnormal bleeding.”

Pfizer, Moderna, J & J, AstraZeneca, and Novavax were designed to destroy health and shorten lifespans — not the other way around.

FDA approval across the board is likely ahead.

On Wednesday, the NYT reported that “final approval” for Pfizer’s mRNA drug is expected in September, citing unnamed sources.

Last week, Biden’s impersonator said FDA approval is coming in early fall or sooner — “maybe in the beginning of the school year.”

According to the Times, “the FDA’s unofficial deadline is Labor Day or sooner, according to multiple (unnamed) people familiar with the plan.”

Expediting approval aims to more greatly create the illusion of drug safety and effectiveness about a toxic drug designed with depopulation in mind.

It’s coming along with fake news about the delta scariant, falsely calling it extremely dangerous and highly contagious.

Suppressed is that differences among all flu/covid strains are too minor to matter.

Phony claims otherwise are all about fear-mongering maximum numbers of people to unwittingly self-inflict harm from toxic flu/covid jabs that have nothing to do with protecting and preserving health — just the opposite.

“Under heavy pressure, the (FDA is) accelerat(ing) Pfizer’s (formal approval) application, (according to an unnamed) senior agency official.”

FDA approval aims to convince more refuseniks to get jabbed.

Approval will facilitate the spread of mandating them nationwide or risk being ostracized from public places.

Along with double-jabs, annual or semi-annual boosters will likely be approved ahead.

The more toxic doses gotten, the greater the harm to health.

The diabolical plan is all about  eliminating maximum numbers of unwanted people worldwide.

Thirsty Small Children Must Go To The Back Of The Bus 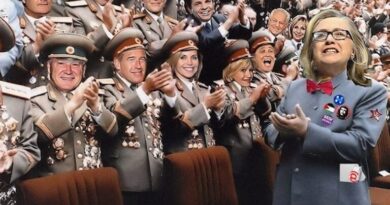 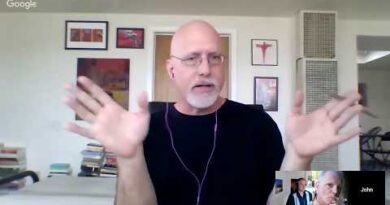