“Ice sheets in Greenland are melting so rapidly due to high temperatures in the Arctic that the amount of ice melt from Tuesday was enough to cover all of Florida in two inches of water, according to the researchers at Polar Portal.”

It then showed an illustration of the southern tip of Greenland, allegedly taken from the Danish Meteorological Institute’s website:

I look at the DMI website every day, and there is an interrogation bar underneath the snowfall chart to highlight certain days.

I moved it back to July 28th and this is what is shown:

This shows a much smaller amount of melting than the Ecowatch image.

It is difficult not to conclude someone at Ecowatch has doctored that image to promote the ‘climate emergency.’

“Greenland has lost 18.4 billion tons of surface mass since last Sunday. While not as bad as 2019, this is the third instance of extreme melting in the past decade and the scientists say the area of land melting is larger this time.

In the past decade, we’ve already seen that surface melting in Greenland has become both more severe and more erratic,” Thomas Slater, a glaciologist at the University of Leeds told CNN. “As the atmosphere continues to warm over Greenland, events such as yesterday’s extreme melting will become more frequent.

As reported by CNN: In 2019, Greenland shed roughly 532 billion tons of ice into the sea. During that year, an unexpectedly hot spring and a July heat wave caused almost the entire ice sheet’s surface to begin melting. Global sea level rose permanently by 1.5 millimeters as a result.

As Greenland’s surface continues to thaw, Slater said coastal cities around the world are vulnerable to storm-surge flooding, especially when extreme weather coincides with high tides. Melting from Greenland is expected to raise global sea level between 2 and 10 centimeters by the end of the century, he added.

While such events are concerning, the science is clear,” Slater said. “Meaningful climate targets and action can still limit how much the global sea level will rise this century, reducing the damage done by severe flooding to people and infrastructure around the world.”

Greenland is in the middle of the melt season, which happens every summer. It has lost ice. Does Ecowatch not know this?

More likely they choose to deliberately ignore it.

I keep a record of the daily snowfall, for instances such as this. On May 25, Greenland gained eight billion tons of snow, on May 26 it gained at least 12 billion tons, on June 24 it gained five billion, and between then and July 15, snowfall was WELL above normal.

Ecowatch did NOT report on this. Look at the lower chart from the Danish Meteorological Institute, and see the surface mass balance curve (the blue line) is still well above normal for the time of year:

You can see this data here: polarportal.dk

The article also mentions ‘high temperatures’ in the Arctic. Looking again at the Danish Meteorological Institute’s website, we see this chart of Arctic temperatures:

This shows that Arctic temperatures have so far this summer been BELOW normal.

You can see this data here: ocean.dmi.dk

No matter what the actual data shows, the climate alarmists will ignore it and continue to LIE and tell you Greenland is dissolving fast. 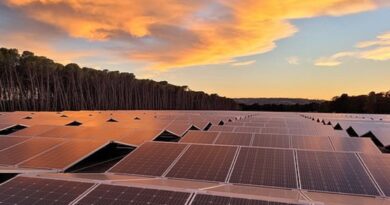