The National Institute of Water and Atmospheric Research (NIWA) posted its own footage of snow falling at sea level in the capital:

This isn’t normal, and has happened not once but twice this year, tweets NIWA.

Rare snowfall was also reported in the hills around Wellington with reports of flurries in Karori.

The higher elevations of the South Island, most noticeably its ski fields, have also registered record-challenging accumulations:

Snow dumps up to a whopping 2m (6.6ft) have been reported.

However, for all the thrill of fresh powder, New Zealand’s Mountain Safety Council (MSC) has urged Kiwis not to rush to the slopes, warning that the first two days after a snow dump brings a major risk of avalanches.

“The 24-48hr period after a storm like this one is the most dangerous, and while the temptation is to rush out and get the fresh powder it’s really the time for patience and a cautious approach,” said MSC Chief Executive Mike Daisley.

The MSC issued a ‘High’ avalanche warning for most of the country, including Aoraki/Mt Cook, Two Thumbs, Craigieburns, Nelson Lakes and Tongariro.

More than 20,000 households are understood to be without power after high winds brought down lines and freezing weather saw usage surge beyond generation capacity.

Many areas lost power at about 6pm on Monday (local time), reports the nzherald.co.nz.

A voice message on the Trustpower 0800 number says it “currently has no restoration times”.

Wel Network, which supplies power to the Hamilton area, says due to insufficient generation to meet New Zealand’s load demands it had been instructed by national grid operator Transpower “to reduce the amount of load on our network with immediate effect”.

So much for New Zealand being the top rated country to survive a global collapse — one of the key reasons cited in that recent study, conducted by UK researchers, was that NZ was an island nation capable of surviving off its own resources; clearly, this isn’t the case–not least given the cooling epoch (aka Grand Solar Minimum) we’re now descending into.

Note: I love NZ, I have family there, it just wouldn’t be my number one location to ‘bug out’ during what’s coming–volcanism alone being one concern; saying that, almost any location is survivable, even thrive-able, just be sure to have done your own thorough research before picking a location.

The big freeze closing roads, knocking out the power and overwhelming ski fields on Sunday and Monday is forecast make way for a “fine and frosty start in Christchurch on Tuesday,” according to MetService forecaster Aidan Pyselman.

While an additional 40+cm (16+ inches) of snowfall is expected over the higher elevations as the week progresses.

The long-range forecast calls for “unseasonal warmth” from August until the end of October, with NIWA saying that temperatures are “very likely” to be above average for the majority of regions over the next three months due to increased warm north-westerly winds.

Well, the government agency’s warm-mongering forecast isn’t off to the best of starts…

But never-mind the catalog of real world observations debunking the AGW scam on a daily basis, it is apparently these placard-brandishing crazies that are the possessors of scientific truths: 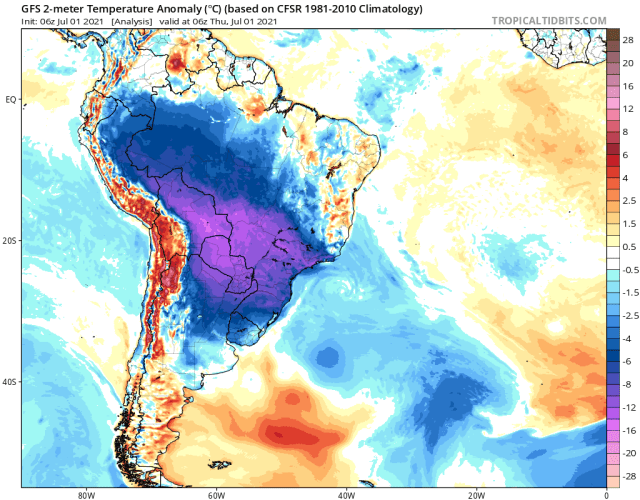