It’s a story that has captivated many for over three decades. In 1987, locals in Tallahassee, Florida alerted police to a strange incident in a local park. Six dirty, hungry and poorly clothed kids — almost resembling feral children — were in the custody of two extremely sharply dressed men.

Both men were questioned but later released by police, although when it transpired that the men and the children were members of an obscure cult, situated in Washington, D.C. and called “The Finders,” the story went viral, causing nationwide hysteria. The incident occurred in the middle of the “Satanic Panic:” the fear that devil-worshipping gangs across the U.S. were kidnapping or even sacrificing children.

The trail would ultimately lead to allegations of a cult involved in ritual abuse, an international child-trafficking ring, evidence of child abuse confirmed and later denied, and ties with the CIA, which was alleged to have interfered in the case.

Investigative journalist Elizabeth Vos has been following the story and recent updates to it closely. Based in Arkansas, Elizabeth was the editor-in-chief of Disobedient Media and also hosts the CNLive webcast on Consortium News. Today, she joined Mintcast host Mnar Muhawesh Adley to discuss her latest trilogy of articles about the case, which can be found here: part 1, part 2, part 3.

Elizabeth’s series focuses on the Finders’ close connections to the CIA, which suggest they may have been more than just an obscure group of people living an alternative, communal lifestyle: Isabelle Pettie, the wife of Finders’ head Marion Pettie, was employed at the agency between 1952 and 1961, while members of The Finders also trained CIA staff in computing. And, as Vos shows in the series, there is ample official evidence of an attempted CIA coverup, emanating from police and other federal agencies.

In 2019, the FBI released hundreds of documents from their investigation of The Finders into the public domain. Although many are heavily redacted, they do appear to legitimize many of the claims regarding CIA involvement made by agents.

The case and the subsequent alleged CIA coverup has led to all manner of wild speculations about who and what The Finders were. But there is good reason to believe that the official story that they were merely a harmless — if odd — cult is likely not the whole truth.

In a free-flowing discussion, Elizabeth shares insights into her new research on the group, discusses the media silence on the case, and fills us in on what we need to know about this mysterious, captivating story.

Subscribe to MintCast on Spotify, Apple Podcasts, and SoundCloud.

Mnar Muhawesh Adley is founder, CEO and editor in chief of MintPress News, and is also a regular speaker on responsible journalism, sexism, neoconservativism within the media and journalism start-ups.

The post The Finders: Harmless Cult or CIA-Linked Child Traffickers? A Discussion with Elizabeth Vos appeared first on MintPress News.

Nation's Democrats: The News Sure Is Dull Lately, Just Nothing Going On In The World, I Guess 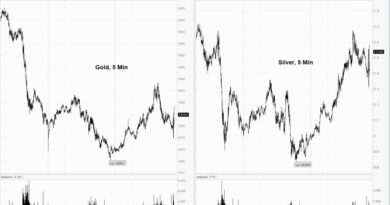