In a highly revealing recent meeting of the UK’s All-Party Parliamentary Group on Coronavirus, MPs were warned by scientists that the idea so-called ‘herd immunity’ could be reached through Covid vaccines is “mythical.” MPs were also informed that the emergence of vaccine resistant variants of the virus is an “absolute inevitability.” Liberal Democrat MP Layla Moran, chair of the Group, later commented: “The worrying evidence we heard today suggests that given the emergence of new variants, including vaccine-resistant ones, achieving herd immunity is just a pipe dream.” She added that: “Ministers must re-evaluate their approach and come up with a new and comprehensive, long-term plan.”

Describing Covid herd immunity as “mythical,” and warning that a vaccine program should not be built around the idea of achieving it, Professor Andrew Pollard, who chairs the UK’s Joint Committee on Vaccination and Immunization (JCVI), told the Group that while vaccines would slow the transmission of the virus, the Delta variant can still infect people who have been vaccinated. This means we are in a situation where achieving herd immunity is “not a possibility,” he said.

Professor Pollard also suggested that vaccinating children would not help stop the spread of the virus among the people who were most likely to become seriously ill with it. Thus far, the argument for vaccinating children has been largely based on the idea that doing so would supposedly prevent them from infecting vulnerable adults. But with the risk of serious illness and death from the virus being extremely low in children, such a strategy would effectively mean using them as a human firewall to protect adults. Given the lack of long-term safety data and known side effects of Covid vaccines, the morality of using children in this way has been widely questioned.

Other scientists supported Pollard’s view that reaching herd immunity against Covid-19 was not possible. Professor Paul Hunter, a specialist in Medical Microbiology from the University of East Anglia in the UK, warned the MPs that the emergence of Covid variants with the ability to escape vaccines was an “absolutely inevitability.” Illustrating this, the latest update from Public Health England shows that 34.9 percent of patients currently hospitalized with Covid-19 had already received two vaccine doses. The Delta variant presently accounts for approximately 99 percent of cases across the UK and is now the dominant strain worldwide.

Professor Hunter also expressed doubt over the need to vaccinate children. Stating that around 80 to 90 percent of 17-year-olds in the UK had already been exposed to the virus, and about 50 percent of younger teenagers, he asked: “Why are we vaccinating an age group the large majority of whom have already had the virus and recovered?”

Ultimately, the evidence presented to this UK All-Party Parliamentary Group reinforces the Dr. Rath Health Foundation’s position that a vaccine-only approach is not the answer to the pandemic. Governments seeking to avoid subjecting their citizens to the risks of Covid-19 vaccines should instead look towards the fields of nutrition and Cellular Medicine.

Studies published by scientists at the Dr. Rath Research Institute in July and August 2020 show that specific combinations of micronutrients are able to block the entry of the coronavirus into human cells. Through taking advantage of the antiviral properties of vitamin C and other natural compounds, key mechanisms of coronavirus infection can be controlled both effectively and safely.

While Layla Moran MP is of course right that a new and comprehensive, long-term plan is needed to deal with the pandemic, she and her colleagues might be surprised to learn that the scientific elements needed to formulate one already exist. With scientists beginning to recognize the limitations of Covid vaccines, it is time for governments to examine the alternatives. 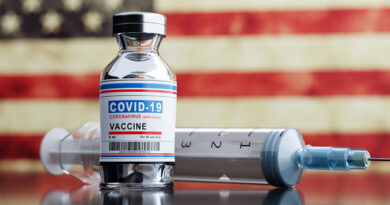 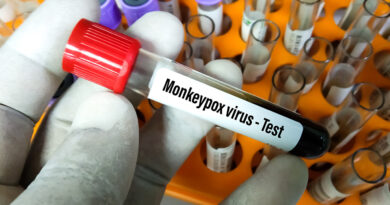