The key was handed to me by a colleague and friend.

In 1987, when I was researching my book, AIDS INC., I took a side road. It was prompted by a conversation I had with the brilliant hypnotherapist, Jack True. He was telling me about experiences he’d had with his patients under hypnosis.

“Some patients encounter a ‘monolith’,” he said. “They come across a symbol that is there in the subconscious. Sometimes it looks like a closed door. Sometimes it shows up as a blank wall. Sometimes it’s a geometric shape. One patient actually called it a ‘brick sky’.”

“But in every case, it locked up the patient’s ability to recall or explore under hypnosis. It was like a giant obstruction on a road. However, these patients could describe something about the nature of the symbol. They said it was broadcasting a message: ‘THIS IS REALITY’.”

“The patients were in awe of the symbol. It had a deep emotional effect on them. It was as if many different realities had come together to form this single symbol, like separate pieces clicking into place.”

Jack went further. He stated that the symbol induced a profound passivity in his patients…

Jack subsequently devised strategies to take apart the symbol, so these patients could rid themselves of their passivity and access huge amounts of previously blocked energies.

Well, I was shocked, because my research on my book had followed a parallel course. I’ll explain.

The AIDS cover story that had been invented by medical researchers was all about One Reality, one disease condition caused by one virus, one label, one symbol for the condition: “AIDS”.

When, in fact, that was “the obstruction on the road” which was blocking further investigation. In fact, the whole “Oneness” myth was a lie. A gigantic lie.

The truth was, so-called AIDS was many different conditions (realities) which had been falsely “clicked” together, through massive propaganda.

That was the key to unlocking the puzzle. And it was the key for me to move into new territory with new energy and confidence.

I’d been stalled at the wall, but now I could advance.

The awesome symbol, “AIDS,” had been shattered to pieces.

Since the publication of my book, I’ve of course investigated a number of other subjects, and in each case, there was a symbol, a monolith, an obstruction, and in every case I’ve taken the monolith apart to discover that it’s hiding a plurality of scandals and crimes and deceptions and realities.

The One False Unity concealing The Many.

These monoliths are very, very effective because—and this is vitally important to understand—they mirror the tendency of the subconscious mind to fall to its knees before A Single Symbol.

People gravitate to single causes, single symbols in every area of life, and they don’t penetrate further.

This is an aspect of the Matrix.

False Unities are the meat and potatoes of very high-level propaganda. They are launched in politics, economics, organized religion, science, psychology, the military, mind control, in all the academic disciplines.

As an analogy, consider a painting in which the three-dimensional perspective has been radically shortened to eliminate the background. But the background is really where all the action is. The foreground is the false Oneness.

Grasping all of this allowed me to go further than I thought possible in putting together The Matrix Revealed. My method of investigation altered radically, and I hit paydirt.

The Matrix is a multi-layered, multi-dimensional operation, seeded with symbols that broadcast FALSE UNITY.

And these symbols collaborate with the subconscious tendency to buy those UNITIES.

Your freedom and power emerge when the subconscious tendency is made conscious and can be seen in the light of day.

That is the purpose of my collection, The Matrix Revealed.

Here are the contents of The Matrix Revealed:

* Ten and a half hours of audio.

The 2 bonuses alone are rather extraordinary:

* My complete 18-lesson course, LOGIC AND ANALYSIS, which includes the teacher’s manual and audio to guide you. I was previously selling the course for $375. This is a new way to teach logic, the subject that has been missing from schools for decades.

* The complete text (331 pages) of AIDS INC., the book that exposed a conspiracy of scientific fraud deep within the medical research establishment. The book has become a sought-after item, since its publication in 1988. It contains material about viruses, medical testing, and the invention of disease that is, now and in the future, vital to our understanding of phony epidemics arising in our midst. I assure you, the revelations in the book will surprise you; they cut much deeper and are more subtle than “virus made in a lab” scenarios.

The heart and soul of this product are the text interviews I conducted with Matrix-insiders, who have first-hand knowledge of how the major illusions of our world are put together:

* JACK TRUE, the most creative hypnotherapist on the face of the planet. Jack’s anti-Matrix understanding of the mind and how to liberate it is unparalleled. His insights are unique, staggering. 43 interviews, 320 pages.

* ELLIS MEDAVOY, master of PR, propaganda, and deception, who worked for key controllers in the medical and political arenas. 28 interviews, 290 pages.

* RICHARD BELL, financial analyst and trader, whose profound grasp of market manipulation and economic-rigging is formidable, to say the least. 16 interviews, 132 pages.

* Several more interviews with brilliant analysts of the Matrix. 53 pages.

* The ten and a half hours of mp3 audio are my solo presentation, based on these interviews and my own research. Title: The Multi-Dimensional Planetary Chessboard—The Matrix vs. the Un-Conditioning of the Individual.

(All the material is digital. Upon ordering it, you’ll receive an email with a link to it.)

Understanding Matrix is also understanding your capacity and power, and that is the way to approach this subject. Because liberation is the goal. And liberation has no limit.

I invite you to a new exploration and a great adventure.

Putin To Test Nuclear Missile Capable Of Striking US By Autumn 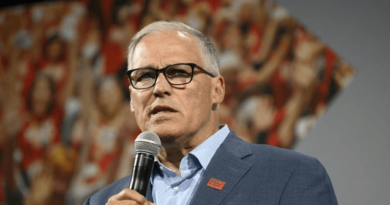