Massive port backlogs continued to build for the seventh day in China at the world’s third-busiest container port. Vessels are being diverted away from Ningbo Meishan Container Terminal due to suspended operations following the COVID-19 Delta variant outbreak.

This is having a profound impact on nearby ports in Shanghai and Hong Kong, according to Bloomberg.

Port congestion in nearby Shanghai and Hong Kong is increasing once again due to the closure of the Meishan terminal at Ningbo port, a major port and industrial hub in east China’s Zhejiang province, which lies south of Shanghai. Last week, a dock worker at the port became infected with the virus and forced the Meishan terminal closure.

At least a quarter of the port’s capacity has been brought offline, forcing some of the world’s biggest shipping lines to divert vessels to other surrounding ports.

The average count of container ships anchored off Xiamen, a port city on China’s southeast coast, across a strait from Taiwan, was 24 on Tuesday, up from 6 at the beginning of the month. Ships anchored off Shanghai and Ningbo ports were more than 141, 60 more than the average from April to August.

The consequences of limiting capacity at Ningbo are already apparent and are rippling through surrounding ports, causing massive congestion.

The week closure of the terminal results in cargo diversion to other ports, putting a strain on their operations and exacerbating capacity challenges that have led to record shipping rates ten times greater than normal for specific routes.

Michael Every, Head of Asia-Pacific Financial Markets Research at Rabobank, recently said Delta leads to further disruption to shipping at China’s busiest ports. The virus is impacting even Vietnamese and Thai production. In short, shipping snarls are going to get worse. Anecdotes are of shippers telling clients they will not deliver except at a premium; of smaller firms, and countries, being pushed down the priority list; of ships refusing to pick up goods exports from some locations; and of a structural supply-demand mismatch of sought-after shipping containers.

“Most ports are already experiencing congestion or delays, so any additional and uncatered for volumes will heap on more pressure,” said Drewry’s Heaney.

We’ve discussed the latest meltdown down of the trans-pacific supply chains in “Supply-Chains Brace For Collapse: Port Of LA Fears Repeat Of “Shipping Nightmare” As China Locks Down” and “Shippers Frantic After China’s Busiest Port Shuts Container Terminal Due To Covid.”

Increasing port congestions in China is bad news for US importers who may experience longer shipping times and incur higher shipping costs on products that will be passed onto consumers. There’s also the risk of product shortages developing. 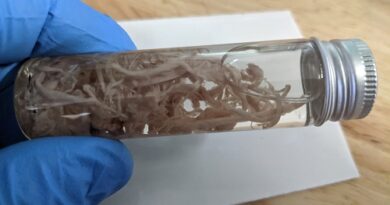