The US administration has frozen accounts at American banks that hosted part of Afghanistan’s national reserves, cutting off the Taliban’s access to the money left over from the previous government, The Washington Post has reported.

The decision was made by US Treasury Secretary Janet Yellen and officials from the Treasury’s Office of Foreign Assets Control, the media outlet said, citing an anonymous source in the government.

“Any Central Bank assets the Afghan government have in the United States will not be made available to the Taliban”, the newspaper cited the anonymous US government official as saying.

The asset freeze was reportedly carried out under sanctions implemented against the Taliban in the follow-up of the 9/11 attacks.

International Monetary Fund data shows that the ousted Afghan government had $9.4 billion in national reserves back in April 2021, prior to the Taliban offensive. It is unclear, however, how much of it was kept in the coffers of US banks. Washington also used to send $3 billion per year in financial assistance to the Afghan government – a practice that is likely to be halted with the Taliban’s ascent to power.

Neither the US, nor other countries have so far recognised the Taliban as the new government of Afghanistan. The US State Department’s spokesperson noted that there has been no “formal transfer of power to the Taliban”, despite the movement’s claims. Afghan President Ashraf Ghani fled the country without formally resigning, while Vice President Amrullah Saleh declared himself the acting president of Afghanistan in the absence of Ghani.

The Taliban rapidly seized most of the country’s territory following the US announcement of a withdrawal earlier this year. The insurgent group’s offensive concluded on 15 August with the capture of Kabul. The movement has since declared that it would pardon all former Afghan officials, promised to allow women to work, receive an education, and enjoy other rights “within Sharia law’s framework”. The Taliban also pledged to prevent terrorist groups from taking hold in Afghanistan, despite itself remaining heavily sanctioned and designated as a terrorist organisation in many countries of the world. 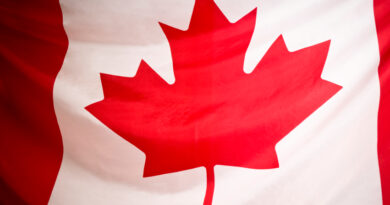