His main message was to emphasize Turkey is “open” to “cooperation” with the new Taliban leadership in Kabul, further saying that he appreciates their “moderate statements”.

This comes after Taliban spokesmen Zabihullah Mujahid the day prior claimed that Afghani women would still be allowed to work and study, even suggesting the possibility of government roles but “in accord with Islamic law.” But the reality on the ground already is pointing in another direction.

“We are open to cooperation. They have been very sensitive towards relations with Turkey and we hope their sensitivity will continue,” Erdoğan said in the televised speech.

He further indicated Turkey stands ready to to cooperate in “every possible way” with Afghanistan based shared history and cultural ties, presumably a reference to Islam.

Erdogan also for the first time declared Turkey’s willingness to remain in Kabul airport for the time being in order to ensure security and stabilization. This a day after Turkish Foreign Minister Mevlüt Cavuşoglu confirmed that Ankara is engaged in formal talks with Taliban representatives, nothing “positive” intentions and messages.

Meanwhile, likely Turkey’s top priority is the prevention of a mass and sustained refugee exodus, as happened in prior years putting extreme strain on its economy.

Turkey is expected to feel the shock first of the beginning refugee wave coming out of Afghanistan, given it’s already long been for years a jumping-off point for Afghans making the arduous trip to Europe. The past decade alone has seen some 600,000 Afghans settle in Turkey – all the while a mass wave of Syrian refugees exited there as well, many which are still along Turkey’s southern border (over 3 million).

Turkey is reportedly now constructing a nearly 300km wall along the Iranian border to physically block the exodus coming from central Asia, according to the AFP.

Ankara has also reportedly sent an emergency troop deployment to bolster its security force along the Iranian border in the far southeast.

Biden Plans To Cancel $10,000 In Student Debt Per Borrower Ahead Of Midterms 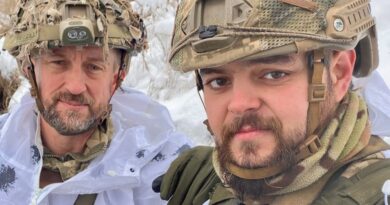