Former US president Donald Trump has lamented that Russia and China will “copy-paste” the US-made military equipment seized by Taliban fighters in Afghanistan.

After Kabul fell without a fight on Sunday, US military equipment, including Humvees and Black Hawk helicopters, initially supplied to boost the capabilities of Afghan forces, was acquired by the Islamists.

“I knew the enemy would grab the equipment and that’s exactly what they did – they grabbed the greatest equipment…now they’ll be giving it to other nations to cheaply copy it,” Trump said in an interview with Newsmax TV on Wednesday.

“The latest Black Hawk helicopters, which will now be studied by Russia, and China, and anyone else, because they are the best equipment in the world,” he added.

​The Associated Press quoted an anonymous US defense official on Tuesday that an “enormous” amount of US military hardware has fallen into the hands of the Taliban. This was accompanied by pictures and footage of Taliban fighters posing next to their military booty.

National Security Advisor Jake Sullivan did confirm that “a fair amount” of US-supplied weapons had been captured by the Islamists.

“We don’t have a complete picture, obviously, of where every article of defense materials has gone,” the Biden adviser answered briefly. “But certainly, a fair amount of it has fallen into the hands of the Taliban, and, obviously, we don’t have a sense that they are going to readily hand it over to us at the airport.”

In particular, Black Hawk helicopters are reportedly worth several million dollars each. Following the news, Donald Trump Jr. sarcastically tweeted that the Taliban now owns more Blackhawk helicopters than nearly 166 other nations in the world.

US President Joe Biden said on Wednesday that he had no idea how the United States could pull out its troops from Afghanistan “without chaos ensuing.” The Democrat earlier acknowledged the rapid Taliban victory was not something he and US intelligence had expected.

“When you saw the significant collapse of the Afghan troops we had trained, up to 300,000 of them, just leaving their equipment and taking off – that was, you know, I’m not, that’s what happened. That’s simply what happened,” Biden said.

(Ex-)Afghan President Ashraf Ghani fled the country with almost $170 million in cash, according to media reports, justifying his escape as an effort to avoid bloodshed. Ghani denied taking any money, saying he only took his turban, some books and his shoes with him, and vowed to come back to exact “justice.”

He was given shelter in the UAE on “humanitarian grounds.”

The White House announced on Wednesday that Ghani was no longer a political figure in Afghanistan. 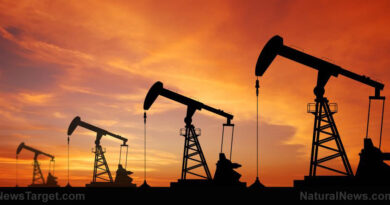 Ukraine’s Zelensky calls on Germany, Europe to halt all trade with Russia as war threatens to widen again