Time and time again, during my 30 years as a reporter, I’ve come across what I call “the elite creation of reality.”

It’s as if a painter is working on a mural, and the global population is looking at that mural and seeing it as Reality.

This goes deeper. Much deeper:

Limited concepts of space, time, energy, the mind, cause-and-effect—these, too, are “given” to human beings as the be-all and end-all of a story. A story that ultimately short-circuits and short-changes what the individual is really capable of.

The entire mural of imposed Reality is aimed at radically diminishing the individual’s power.

So in addition to my work as an investigative reporter, I’ve been researching the individual’s ability to go beyond this mural of reality.

In the late 1980s, in concert with the brilliant hypnotherapist Jack True (who gave up doing hypnosis with his patients), I developed many, many exercises and techniques for expanding the creative power of the individual.

Some of those exercises are included in my new collection, Power Outside The Matrix. These techniques are aimed at accessing more energy, more imagination, more stability and intelligence “beyond the mural of reality.”

In fact, Power Outside The Matrix is all about being able to think, act, and create both outside and inside The Matrix. Because that’s the goal: to be able to function in both places.

People are consciously or unconsciously fixated on boundaries and systems. They are hoping for whatever can be delivered through a system.

That is a form of mind control.

But freedom needs creative power, otherwise it just sits there and becomes a lonely statue gathering dust in an abandoned park.

At one time or another, every human being who has ever lived on this planet has abandoned his creative power. The question is: does he want to get it back?

It never really goes away. It is always there. It is the basis of a life that can be lived. A life that can be chosen. People instead choose roles that don’t require that power. They think this is a winning strategy.

A section of this mega-collection, titled Power Outside The Matrix and The Invention of New Reality, features creative exercises you do on a daily basis that will help you move toward the goal of power outside The Matrix. The exercises are all about increasing your energy and stability—and about the invention of new spaces.

Access to your internal energy, in huge amounts, is necessary for a life outside The Matrix-rather than relying on the illusory energy that The Matrix seems to provide.

I’ve developed the exercises for exactly that purpose: your energy, your dynamism.

Power Outside The Matrix, features a long section called: Analyzing Information in the Age of Disinformation.

This section is filled with specific examples of my past investigations. Based on 25 years of experience, it shows you how to take apart and put together data that lead to valid conclusions.

It is far more than a logic course.

It’s an advanced approach to analysis.

Establishing power outside The Matrix requires that a person be able to deal with today’s flood of information, misinformation, and disinformation. I’ve left no stone unturned in bringing you a workable approach to analysis.

There is a further extensive section titled, A Writer’s Tutorial. People have been asking me to provide this Tutorial, and here it is in spades. But it’s not just for writers. It’s for any creative person who wants to grasp his own power, understand it, and use it to reach out into the world.

The Tutorial exposes you to lessons that go far beyond what is normally taught in writer’s seminars. In fact, several core concepts in the Tutorial contradict ordinary writer’s seminars, and thus give you access to inner resources that would otherwise be ignored.

And finally, I have included a number of audio seminars that offer a wider perspective about The Matrix and what it means to live and work outside it.

Here are the particulars. These are audio presentations. 55 total hours.

* Analyzing Information in the Age of Disinformation (11.5-hours)

* Power Outside The Matrix and The Invention of New Reality (6.5-hours)

Then you will receive the following audio presentations I have previously done:

* The Third Philosophy of Imagination (1-hour)

* The Decentralization of Power (1.5-hours)

* The Real History of America (2-hours)

I have included an additional bonus section:

* The complete text (331 pages) of AIDS INC., the book that exposed a conspiracy of scientific fraud deep within the medical research establishment. The book has become a sought-after item, since its publication in 1988. It contains material about viruses, medical testing, and the invention of disease that is, now and in the future, vital to our understanding of phony epidemics arising in our midst (and how to analyze them). I assure you, the revelations in the book will surprise you; they cut much deeper and are more subtle than “virus made in a lab” scenarios.

* A 2-hour radio interview I did on AIDS in Dec 1987 with host Roy Tuckman on KPFK in Los Angeles, California.

* My book, The Secret Behind Secret Societies

(All the audio presentations are mp3 files and the books are pdf files. You download them upon purchase. You’ll receive an email with a link to the entire collection.)

This is about your power. Not as an abstract idea, but as a living core of your being. This is about accessing that power and using it. 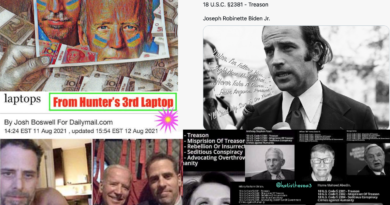 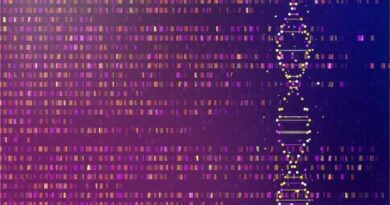