Even in “better” times, Afghanistan is certainly an interesting place for a school summer trip for American students, and now dozens are said to be stranded there as the place unravels amid the US troop exit, American embassy closure, and civilian evacuations…

More than 20 students and 16 parents from the Cajon Valley Union School District in El Cajon, Calif., visited Afghanistan on summer vacation. Now they are among thousands of people who are waiting to leave the country amid the chaotic U.S. withdrawal that has caused political unrest across the nation, according to the Los Angeles Times.

And making matters worse, it appears that community and school officials are only just now being made aware of it, and based on the latest briefing by White House Press Secretary Jen Psaki, the Biden administration may have little awareness of the school group’s exact whereabouts. Local San Diego reports put the total number of students stuck at 24.

All of this comes after Psaki herself claimed on Monday that there are no Americans stranded in Afghanistan, despite an avalanche of recent reports to the contrary. “I think it’s irresponsible to say Americans are stranded. They are not. We are committed to bringing Americans who want to come home, home,” Psaki said during the prior briefing.

The school year actually already commenced on August 17, and the group was expected home before that date, but likely were prevented from leaving as the Taliban advanced on the capital on “all hell broke loose” – resulting in the massive rush of panicked Afghans to the airport as the country collapsed.

WH Press Sec. Jen Psaki says she does not have information about a group of San Diego County, California, students and parents reportedly stranded in Afghanistan, per @latimes. pic.twitter.com/MdbyWgBQHy

The school superintendent was widely quoted as confirming they remain stuck in Afghanistan as of late in the day Wednesday, and it’s uncertain where – or whether they are in Kabul:

Miyashiro told the news outlet that the families traveled to Afghanistan on special visas for U.S. military service and that the school district was able to provide government officials with information on the families as they work to locate them.

The trip was reportedly not sanctioned directly by the school, and was organized locally to enable students and their parents to visit relatives in Afghanistan. El Cajon in southern California has a large Middle East immigrant community.

According to reporting in The New York Post, “They are trying to make their way to the airport or board one of the US military flights out of Kabul before the Aug. 31 deadline to withdraw US troops arrives.”

Psaki says “no Americans are stranded” in Afghanistan pic.twitter.com/llLYD2m7ds

It’s clear they’d better hurry, given also on Tuesday Pentagon Spokesman John Kirby said that while the US will keep trying to evacuate people from Kabul airport “until the last day” – it remains that it’s “up for the Taliban to decide” what happens after the Aug.31 troop pullout, indicating any remaining American’s fate would be deeply uncertain. 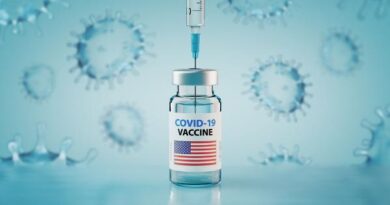 Truck Drivers Are Facing Another Bloodbath

Doug Casey On Crashing Markets, Commodities, & What Happens Next