Senator Rand Paul weighed in on the embarrassing debacle in Afghanistan, after Joe Biden refused to extend the date for completely withdrawing all troops while thousands of Americans are still trapped in the country.

Appearing on Fox News, Paul said “I think Biden did a terrible job in the withdrawal. So, no I don’t think it was executed very well at all.”

Paul continued, “We did need to leave and there has been a consensus for a decade or more to leave. So, the problem isn’t in leaving—the problem is that we stayed too long.”

“The longer we stayed the more the expectations were, but the more complacent the Afghans grew as we fought their battles,” the Senator emphasised.

He added, “Year after year we fought their battles and so they had to step up and when the time came—you know instead of James Madison or Monroe rallying the troops in 1812—the guy got on a plane and flew out immediately and left the country and all his soldiers laid down their arms.”

Paul’s comments come after Biden announced the August 31st deadline will not be extended, and Secretary of State Antony Blinken confirmed that the US government had to ask the Taliban for permission to evacuate Americans.

The total failure in leadership has played into the hands of president Trump, who is now running an ad titled “Surrenderer-In-Chief”:

Pepsi Will No Longer Sponsor the Super Bowl Halftime Show 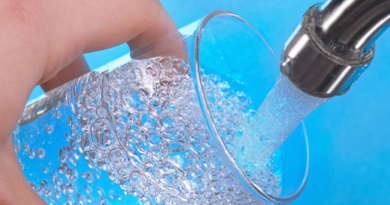 How the medical establishment covers up

Futures Slide Ahead Of Payrolls And Six Fed Speakers