The Russian Aerospace Forces (VKS) are using American-made GPS systems during their combat missions in Syria.

The revelation was made by Russian politician Soviet Air Force veteran Colonel Viktor Alksnis, on his Facebook page.

He drew attention to recently-released photographs of the cockpit of a Su-34 Fullback fighter-bomber in Syria. This is also the case of the Su-25SM3 fighter jets.

It is more than likely that the Russians installed them in their planes in case their navigation systems did not work.

Garmin says that with its high-sensitivity, WAAS-enabled GPS receiver, eTrex Legend locates position quickly and precisely and maintains its GPS location even in heavy cover and deep canyons.

This etrex series of GPS handhelds should be familiar to the many tourists who usually buy one of these to use in their travels.

In the photographs, the left side of the HUD of Su-25SM3 is equipped with a Garmin GPSMAP 496 aviation GPS navigation terminal.

This navigation system is a civilian navigation machine familiar to aviation enthusiasts. In addition to positioning navigation, it also provides weather and terrain warning service, because there is a European database, it is very suitable for use in Europe and the nearby regions.

The image was allegedly taken in 2016 over Raqqa at the time of the KAB-500Kr guided bombs being dropped over the Euphrates, in the cockpit of a Russian warplane recorded the use of the American GPS navigation system simultaneously with Russian equipment.

In this case, American pilots do the same. Where there is a likelihood of falling under the operation of the electronic warfare systems of the “probable partners”, they use the navigation systems of Russia and China as insurance.

It stands to reason that since the built-in navigation is compatible with GPS signals, even if the Russian GLONASS is not strong, there is no need to worry about the lack of navigation signals, because there can be GPS installed on the warplane, making it pointless to buy a civilian one. Still, it is plain to see that the GPS portable terminal is installed on the plane.

This situation can only mean that the navigation systems of these two fighters cannot satisfy the Russian pilots, or that they cannot meet the requirements of the Russian military. It may be that there is a problem with the reliability of the hardware, or it may be that the data information of the electronic map is not perfect.

The post U.S.-Made GPS In Service With Russian Aerospace Forces In Syria appeared first on .

THE EARTH… GONE TO THE BIRDS. ATTACK OF THE LIBS, BOTS DESTROYED, ELON’S SHADY PAST! PRAY 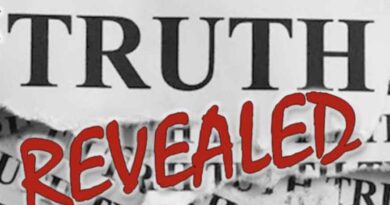 GAS PUMP PRICES A LOT HIGHER THAN THEY SHOULD BE