By now, everyone knows about the White Helmets – the State Department’s propaganda operation to manufacture consent for the U.S.’s dirty war on Syria. But long before the White Helmets were the Afghan mujahideen.

Quick review: The White Helmets were presented as laudable rescue teams who operated in opposition-held territory in Syria.

They also embedded with jihadist groups like al Nusra – al Qaeda’s branch in Syria. And were financed by U.S. government bodies like USAID.

This propaganda appealed to the conscience of Western liberals to get them to support U.S. military attacks on Syria such as Donald Trump’s bombing of Douma or Khan Sheikoun. Or, during the Obama era, the Pentagon and CIA arming competing militias and warlords who were consumed by jihadist groups committed to exterminating minorities.

Syria was version 2.0. The original was in Afghanistan in the 1980s. Back then, the U.S. was seeking to overthrow Afghanistan’s socialist government that had come to power in the Saur Revolution. It is well known that the U.S. began funding the mujahideen, Islamic fundamentalist holy warriors who were united with the U.S. in their belief that godless communism was the ultimate evil. Of course, we all know how that alliance turned out.

But at the time, the U.S. public wasn’t interested in Afghanistan – a country seven thousand miles away that everyday Americans couldn’t find on a map – and news barely covered it.

In 1982, the U.S. government sent Hollywood star Kirk Douglas to Peshawar, Pakistan to film a Thanksgiving special in which he met with mujahideen leaders and showed the horrors of the Soviet intervention and the plight of Afghan refugees.

But after that effort flopped, the now-defunct U.S. propaganda arm known as the U.S. Information Agency, or USIA, tried its hand. USIA Director Alvin Synder came up with the idea of training mujahideen in “journalism” and providing them with video cameras. The articles and footage they provided would bolster the U.S. government’s narrative of the Soviet intervention as an invasion of a godless evil empire and the Afghan holy warriors as freedom fighters that America had to support.

Congress passed legislation to train the mujahideen and allocated half a million dollars to set up a journalism school for them. This was done in conjunction with Boston University. The Afghan Media Resource Center was born. Its policy manual specified that every employee must be obedient to the Islamic faith and “must honestly and generously sacrifice for holy jihad and take an active share in Afghanistan’s independence struggle.”

The trainees were sent to the Afghan battlefield, where they captured the realities of war: dead soldiers on both sides, unspeakable tragedies. Cable news outlets like CBS and CNN began to air the footage, and U.S. officials credited their efforts for the eventual Soviet withdrawal.

With a gun in one hand and a camera in the other, the mujahideen propagandists interviewed warlords like Gulbuddin Hekmatyar, leader of a guerrilla group known as The Islamic Party and CIA favorite, to whom Washington funneled more than a billion dollars to as he became the biggest drug lord in Afghanistan. Hekmatyar had a reputation for spraying acid in the faces of women who dared be in public without covering their heads. His indiscriminate shelling of Kabul during the war against the Soviet-backed government killed 50,000 and earned him the nickname the “Butcher of Kabul.”

In 2003, after the U.S. invaded Afghanistan, the U.S. designated Hekmatyar a global terrorist as his forces waged a fierce insurgency against the U.S. occupation.

Then U.S. Ambassador to Pakistan Peter Tomson described mujahideen leader Mullah Mulang in glowing terms, saying “He is a very patriotic Afghan; he has contributed a lot to the jihad; he said he is looking forward to contributing more in the future.”

Here’s a photo of Jalaluddin Haqqani. A CIA asset during the anti-Soviet jihad, he founded the Haqqani network, which would become one of the U.S.’s fiercest enemies in Afghanistan.

Decades later, this propaganda formula would be applied to Syria, but in a much more sophisticated way. The U.S. and EU funded media trainers and provided cameras for propagandists to embed with anti-government armed groups including the Syrian al Qaeda branch, al Nusra. In Afghanistan, there was the Afghan Media Resource Center.

In Syria, there were numerous media branches. The Aleppo Media Center – funded by the Washington-based Syrian Expatriates Organization, which famously posted videos of Omran Daqneesh – the four-year-old boy who, against his father’s wishes, became a central part of the war propaganda effort. The person who took the infamous photo of Daqneesh – who became known in U.S. media as “Aleppo boy” – was Mahmoud Raslan.

There was Syria Direct – funded by the State Department, as well as French and Australian embassies. Syria Direct trained numerous journalists whose articles were furnished to U.S. media outlets like USA Today, CNN, and Radio Free Europe.

Propaganda has been a key component of every war the U.S. has waged from Vietnam to Grenada to Afghanistan, Iraq, and Syria. These efforts become more sophisticated and insidious over time. Without them, the U.S. permanent war state simply couldn’t operate.

Dan Cohen is the Washington DC correspondent for Behind The Headlines. He has produced widely distributed video reports and print dispatches from across Israel-Palestine. He tweets at @DanCohen3000.

The post How the US Trained the Afghan Mujahideen To Produce War Propaganda appeared first on MintPress News. 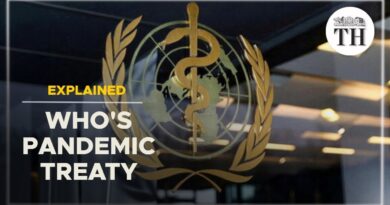 INTERVIEW: F. William Engdahl on the WHO Pandemic Treaty