I can only assume Prime Minister Sanchez is there to show [phony] solidarity with the locals.

It is also possible that he believed the eruption would cease upon his arrival, and that the lava would immediately retreat back into the fissures via political pressure — politicians are like that.

So far, however, the efforts of Sanchez and his government have failed — the lava is now “swallowing homes”:

Aerial footage reveals the extent of the devastation, which has only just begun:

PM Sanchez said authorities are now closely monitoring fires that may start from the burning lava–fires that will no doubt be reported by the Guardian in the coming days as evidence of “Terrifying Terra Frima Broiling” (aka AGW).

It lies in the south of La Palma island, which is home to around 80,000 people.

And while the safety of those 80,000 locals is the first concern, the Cumbre Vieja volcano threatens a far bigger catastrophe. If a larger ‘flank event’ were to occur –a bigger eruption– then tens of millions of lives could be at risk.

This is according to a study conducted by Steven Ward and Simon Day:

“Geological evidence suggests that during a future eruption, Cumbre Vieja Volcano on the Island of La Palma may experience a catastrophic failure of its west flank, dropping 500 km3 of rock into the sea. Using a geologically reasonable estimate of landslide motion, we model tsunami waves produced by such a collapse. Waves generated by the run-out of a 500 km3 slide block at 100 m/s could transit the entire Atlantic Basin and arrive on the coasts of the Americas with 10-25 m height.”

This is a very dangerous volcano.

La Cumbre Vieja on the island of La Palma threatens to send a 80+ foot tsunami washing over the entire eastern seaboard. The majority of Atlantic coastal towns and cities could be washed away, too — including those in Canada, Greenland, Iceland, the UK, Portugal, and all of western Africa.

Jonas Perez, a local tour guide, said he could still feel tremors from the eruption.

“But now the most amazing thing which I’ve never experienced is that the noise coming from the volcano, it sounds like… twenty fighter jets taking off and it’s extremely loud, it’s amazing,” he added.

Those tremors Perez can still feel could be further magma intrusions, meaning a larger eruption could be on the cards.

In recent hours, the earthquakes have been trending towards higher magnitude — five at 3+M have been logged, according to volcanodiscovery.com.

Worth also nothing is that these most recent quakes began at a much lower depth and have since been working their way upward. This indicates a magmatic ‘feeding’ from depth, which in turn would suggest a long-lasting eruption is on the cards:

This is an ongoing event, and it’s anyone’s guess how this plays out.

But for those folks living along the Atlantic coastline –all 60+ million of them in North America alone– my advice is to ditch the exaggerated/fabricated COVID/AGW fear-mongering for the next few weeks and instead pay close attention to the real and genuine threat unfolding on La Palma.

The threat of a mega-tsunami is very small, remember that — but its probability is far higher than the current scientific consensus regarding cow farts and the world burning up…

BONUS: Ongoing Iceland Eruption Longest in Half a Century+

While La Palma threatens to wash away the Eastern Seaboard, what the island chain isn’t capable of is firing substantial volumes of particulates into the atmosphere and significantly cooling the planet — that threat is posed by volcanoes in Iceland (among other regions).

Sunday was the six month anniversary of the volcanic eruption near Reykjavik, making it the longest Iceland has witnessed in more than 50 years — the first lava began spewing out of a fissure close to Mount Fagradalsfjall on the evening of March 19.

“There seems to be still enough magma from whatever reservoir the eruption is tapping. So it could go on for a long time,” said Geirsson, a geophysicist at the Institute of Earth Science.

However, and as hinted at above, it isn’t lava that is the main concern here, nor is it the duration of the eruption.

The concern re Icelandic volcanic activity is that of a major VEI 6+ popping off — such an event would eject vast amounts of ash into the atmosphere and significantly cool the planet, almost overnight.

Of today’s reawakening volcanoes, those located in Iceland are perhaps the most concerning.

It is this highly-volcanic region that will likely be home to the next “big one” (a repeat of the 536 AD eruption that took out the Roman Republic…?) — the one that will return Earth to another volcanic winter.

Volcanic eruptions are one of the key forcings driving Earth into its next bout of global cooling.

Volcanic ash (particulates) fired above 10km –-and so into the stratosphere-– shade sunlight and reduce terrestrial temperatures. The smaller particulates from an eruption can linger in the upper atmosphere for years, or even decades+ at a time. 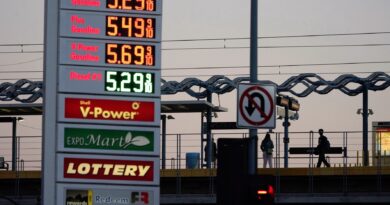 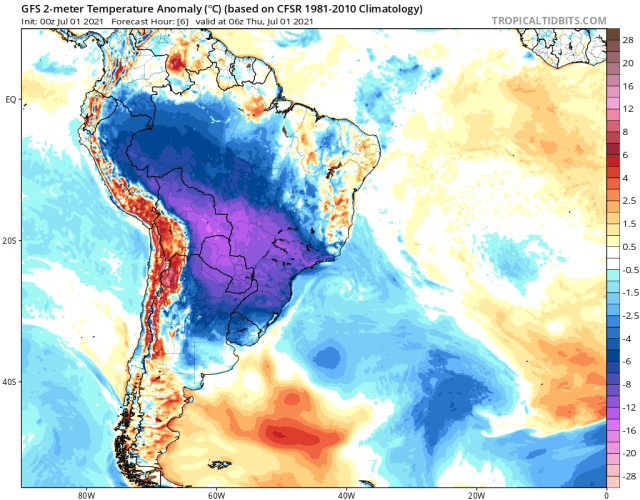