Catholic U.S. troops should be able to refuse the COVID-19 injection on religious grounds, regardless of whether abortion-related tissue is involved in vaccine testing, the archbishop for the military declared in a statement.

“No one should be forced to receive a COVID-19 vaccine if it would violate the sanctity of his or her conscience,” Broglio said in the statement.

Archbishop Broglio has issued a statement regarding Coronavirus Vaccines and the Sanctity of Conscience. https://t.co/wqc33z6zNg pic.twitter.com/5mPiSGn6jM

“This circumstance raises the question of whether the vaccine’s moral permissibility precludes an individual from forming a sincerely held religious belief that receiving the vaccine would violate his conscience. It does not.”

“The Congregation for the Doctrine of the Faith examined these moral concerns and judged that receiving these vaccines ‘does not constitute formal cooperation with the abortion,’ and is therefore not sinful,” Broglio’s letter continues.

The archbishop also claims the Johnson & Johnson injection “was developed, tested, and is produced, with abortion-derived cell lines,” making its use among Catholics “problematic.”

“The denial of religious accommodations, or punitive or adverse personnel actions taken against those who raise earnest, conscience-based objections, would be contrary to federal law and morally reprehensible,” Broglio added.

The Archdiocese for the Military Services claims responsibility for 1.8 million service members and their families at 220 installations.

Broglio, who was appointed by Pope Benedict XVI in 2007, initially voiced support for the Pentagon’s vaccine mandate in August.

“Certainly, no vaccine is an absolute, but the military is bound to live, work and recreate together,” he said. “It seems prudent to ensure they do not infect each other.”

This comes just a day after over 100 Ohio pastors penned a scathing letter to Joe Biden criticizing his vaccine mandate, highlighting how “human tissue from pre-born infant victims of abortion has been used for the manufacturing of the COVID-19 vaccines.”

“In other words Mr. President, your Administration believes the unalienable rights of life, liberty, and the pursuit of happiness do not come from our Creator GOD but rather from a federal government which does not know its right hand from its left. Your Administration’s politicization of the truth is profound,” the pastors wrote.

Hopefully even more within the Catholic Church will continue pushing back against the New World Order.

Lieutenant Colonel Theresa Long explained in an affidavit drafted under the Military Whistleblower Protection Act how perfectly healthy pilots have been suffering a myriad of adverse side effects, including myocarditis.

US Consumer Implodes As RH Cuts Guidance For 2nd Time This Month, Warns Of Cratering Demand 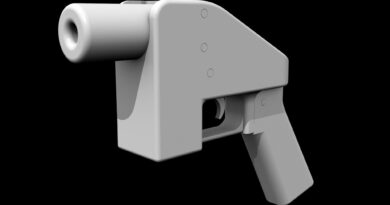 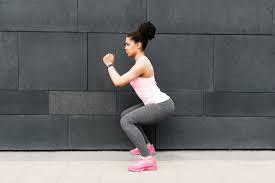