John Taylor Gatto: “Our form of compulsory schooling is an invention of the State of Massachusetts around 1850. It was resisted — sometimes with guns — by an estimated eighty percent of the Massachusetts population, the last outpost in Barnstable on Cape Cod not surrendering its children until the 1880s, when the area was seized by militia and children marched to school under guard…”

I was there last week. I saw 13 vicious soccer moms sail through the door into a Podunk school board meeting in an old WW2 PT-Boat and kidnap three glowing angels of mercy from the heavens (board members) and take them away to their Moonshine Militia base in the hills of Tennessee.

You would think this sort of thing is actually happening, because US Attorney General Merrick Garland has ordered the FBI to investigate a “‘disturbing spike in harassment, intimidation, and threats of violence’ against school administrators, teachers and school board members,” the NY Post reports.

Garland has offered no details corroborating this “spike.”

The Post also mentions: “Attorney General Merrick Garland is under scrutiny after a parents group revealed that his daughter is married to the co-founder of an education company funded by Facebook CEO Mark Zuckerberg that allegedly employs critical race theory in its work, according to a report.”

Parents across America ARE entering school board meetings and protesting against: the teaching of critical race theory (‘all white people are racists’), the use of books that contain overt descriptions of sex acts, and mandatory masks and vaccines.

US Attorney General Garland is viewing these parent protests as borderline terrorism.

Well, sure. Why do parents think they have the right to say a word about how their children are educated and indoctrinated?

These children belong, first and foremost, to the State. Right?

How dare the parents try to meddle. Controlling young minds is a delicate and sophisticated process, and to obtain the desired result, parents have to be kept at a considerable distance.

The parents are only there to begin with, because the State doesn’t possess the facilities to house, feed, and train all the children.

Public education is MKULTRA for the kiddies, and Merrick Garland is Mickey Mouse waving around a gun to ensure the program moves forward.

For gain and glory, I myself am submitting a report to the Department of Justice titled: In Keeping with Current Progressive Trends Celebrating Favored Groups, Positions Vacated by the Resignations of Harassed Teachers Should Be Filled by Non-White Pedophiles Who Are Vaccinated.

A mere hour of home-school a day would be much safer than the fare offered by the US Department of Garland Education.

All right, let’s get down to brass tacks. American public education is a training ground. That’s how it’s built. Currently, the basic themes are:

All whites are devils, all blacks are victims;

Gender and sexuality are fluid, all sexual practices are permitted, and young children must be immersed in that river;

Medical dictates are paramount and must be obeyed, particularly if they lead to harmful destructive health effects.

Putting aside how these themes benefit special-interest groups, the overall outcome is the mental, emotional, physical, and spiritual collapse of generations of the young.

And that goal is fundamental to bringing about the collapse of the country.

This is called a clue, to anyone paying attention.

As I’ve been saying for the last 20 years, a Globalist Elite views America as the last outpost of resistance against the installation of one governance-system for the whole planet. Therefore, America must be taken apart and taken down.

We urgently need thousands more parents entering school board meetings across the country, come hell or high water, and exposing these themes of education-mind-control and revolting against the school boards and replacing them.

Replacing them with sane parents whose children attend these warped schools.

And we need thousands and thousands more parents who home school their children.

Honest FBI agents must stand up publicly and resist the orders of Merrick Garland. 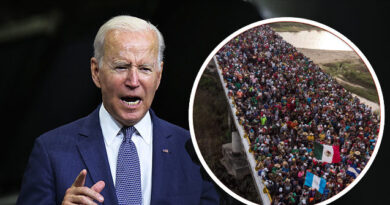 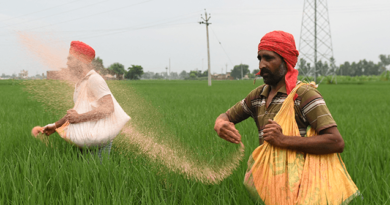