For months, Clif High’s datasets had been predicting a “media casualty” but he didn’t know if this signified that somebody in the news media would die.

I thought it could be the death of BBC radio news presenter, Lisa Shaw but Clif thinks it was the can of whup-ass that was opened up on CNN’s top medical advisor, Dr Sanjay Gupta by Joe Rogan on his podcast last week and he thinks it signaled the final death blow to the media’s credibility that may have been a fulfillment of the web bot forecast.

Clif’s datasets have also been predicting a major emotional release event to occur between October 24th and 28th, that would have an emotional charge of a similar scale to that of the collapse of the US-backed Afghan government to the Taliban last August.

He’s calling it a mass initiation event – and for the Normies, especially. We’re moving out of the Woo and into the Initiation, into the new astrological age.

He says it could even be something along the lines of the public revelation that Michelle Obama is really a transwoman, with the implication being that this was just the tip of the iceberg of fraud around Barack Obama.

He says this October 24th-28th event] will “set the tone” for a dark and weird period, through November and December but then in January or possibly even late December, we’ll get a positive bump and be lifted up for a period during January, even though there will still be atrocities going on all around us.

Clif’s parting words are, “Be good. You’ve got a couple of choices and if you can, be good. It always works out. Morality is strategically and tactically useful – and it is supreme – in Fourth Generation Warfare.”

Reflecting on Ukraine… Britain Forgets Its Recent History of Unleashing War in Europe. Dublin and Monaghan 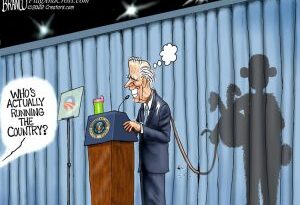